By Unknown
August 11, 2015Hollywoodnewsshowbiz
Barefoot Contessa, an American cooking show hosted by celebrity chef Ina Garten, gave a special treat to its viewers on Sunday, August 9, when it featured Jennifer Garner. The episode was called “Barefoot in L.A.” and was taped on Garner’s 43rd birthday in her family’s home at Brentwood Los Angeles, California.


The Miracles from Heaven star has always been an avid Barefoot Contessa fan. To fulfill Garner’s longtime dream, Garten came over to cook her a birthday lunch. Fresh from Garner’s backyard, the duo picked kale to make Parmesan kale chips which Californians are very fond of.

Garner even revealed that her kids are big fans of kales too. “They’re California kids!” she said. Without potato chips, for Americans, kale chips have definitely become the latest craze in the snack department.

The two then went grilling the Swordfish Provencal after that healthy and tasty appetizer. For dessert, the chef brought over some of her homemade chocolate crisp for Garner and her children to taste.

Ravishing as she always has been, Garner seemed to be in good spirits during the entire episode and even joked that she was just actually turning 28. She already has three kids – Violet, 9, Seraphina, 6, and Samuel, 3 – all with Gone Girl actor, Ben Affleck.

The fun segment of “Barefoot in L.A.” was taped prior to Garner and Ben Affleck’s statement on June 30 that they would be ending their 10-year marital bond.

Days after the news broke, US Weekly revealed that Affleck, 42, had recently started a romance with Christine Ouzounian, the family’s 28-year-old former nanny. Up until this time, Ouzounian continues to rage despite Affleck’s strong denials of the allegations. 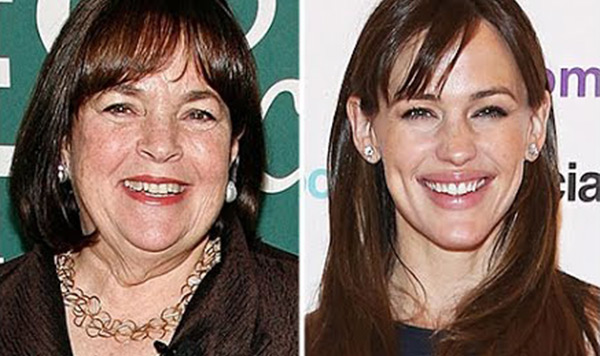