By Admin
August 04, 2015newstrending topic
Controversial high school salutatorian Krisel Mallari has been allowed to enroll in the BS Accountancy program of the University of Santo Tomas.


Dean Patricia Empleo of the university's Alfredo M. Velayo-College of Accountacy told The Varsitarian that "she was accepted on the merit of the credentials" she presented to UST.

Empleo: She was accepted on the merit of the credentials she presented to us.

Empleo said the certificate of good moral character (GMC) issued by the Sto. Niño Parish School (SNPS) in Quezon City and other credentials were found valid by UST's legal team.

Mallari had to go to the CA to force SNPS to release the document more than four months after her graduation welcome speech was interrupted and cut short by school officials. 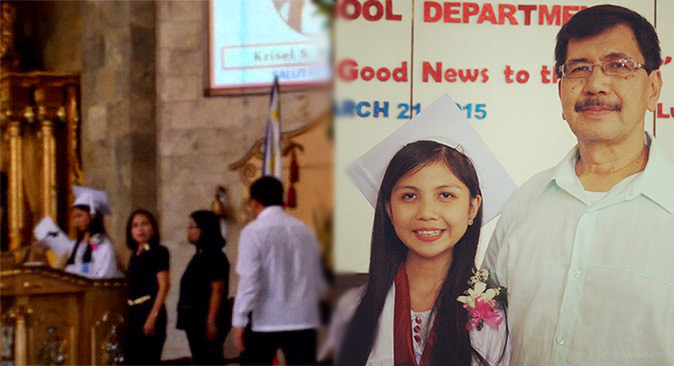 Her GMC certificate was issued "with reservation" and "under protest" after the Court of Appeals (CA) compelled SNPS to do so.