By Hosting Happiness
August 21, 2015educationnewstrending topic
Anech itey? (What is it?), or Sinech itey? (Who is it?), sounds familiar? I always hear beki lingo among my gay friends or usually in some popular TV shows' spiels.


A recent misunderstanding rose up regarding the "beki language" comment of Education Secretary Armin Luistro. The media perceived that Luistro agreed of the possibility of having gayspeak as a medium of instruction in our schools. 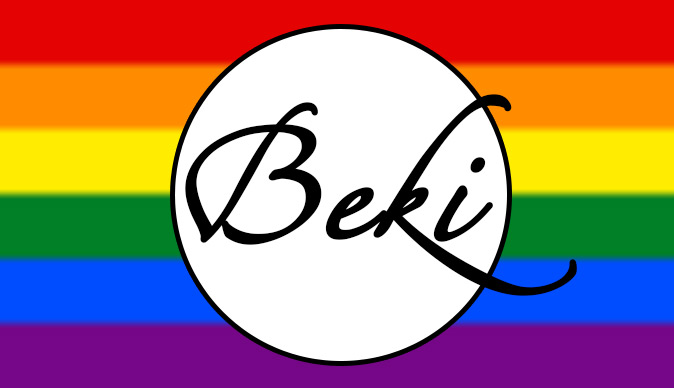 Honestly, I exhaled a sigh of relief when the education officer denied the issue adding that the gay lingo is not yet that developed and widely accepted by the majority of the population.

However, as the over-used cliche stated "the only constant thing in this world is change," what would happen if "beki language" becomes part of the medium? Let's cite probabilities:

The K-12 educational system made sure that mother tongue is being given a priority either Cebuano, Tagalog or wherever you are in the country and it's already been a struggle. Think about this:
Will you let your child waddle in confusion?

Our "pambansang wika" has been developed through times and has evolved through different tongues. It has a cultural value and exclaimed respect to our roots. No, don't get me wrong but would you change our Filipino term of "kulay rosas" for pink into pinkalou? How about "kapatid" for sibling into shupatid or jupiter? Would you like listening to the terms "gulay, pechay, bilatch, tahong" referring to a woman (babae in Tagalog)?

Now, I'm having a headache.

3. Only for Entertainment, Never for Career Growth

In our generation, English is a very important medium of instruction as we are being exposed into communicating with individuals from all races all over the world. Therefore, as much as I love speaking gay lingo with friends, it won't increase my confidence in speaking with my boss on my first day of work.

I heard a gayfriend telling a friend of mine while laughing, "Kelvinator ka masyado" (as big as refrigerator). As innocent as she is, she just smiled and never commented back because she was clueless of what our friend was talking about. When she found out what he meant, she was so furious and disappointed.

I just realized how gay lingo encourages us to be so tactless thinking that it won't hurt as much or think other people are dumb enough not to understand.

In addition, gay lingo used names of personalities to describe something which for me is so unethical. Have you heard about this?
Yes, I totally agree that change is inevitable but do we just allow change to mold us? Aren't we supposed to guard the changes that are happening and protect our children from what could deteriorate their future?

There are things that are unnecessary and this is one of them. We should make sure that we put things in order and colloquialism is one that should just stay where it should be use. Yes, you got it, in the streets, in the bar or in your personal space but please, keep it away from our schools. Children have already plenty of sensible vocabularies to learn and gay lingo is definitely not one of them.

I would never want to imagine my child speaking to me, "Hey, mudrabells, si jupiter po crayola khomeni masyado sa school." (Hey, Mom! My sibling cried so hard in school). That would break my heart. *faint*.