By Admin
August 18, 2015newsshowbizvideo
Kapamilya star Anne Curtis has finally jumped on the twerking bandwagon as she dances to Redfoo's "New Thang" on It's Showtime on Monday.


Her production number with Eric "Eruption" Tai on the noontime variety show paved the way for the actress and TV host to twerk on national television for the first time.

In an interview, Anne said she initially hesitated to perform the dance craze but did it for the fans.

We expect that the Movie and Television Review and Classification Board (MTRCB) would react after a few days.

Right now, some netizens already criticized It's Showtime for the Anne Curtis twerk with an argument that the dance number was "inappropriate" for a show airing at noontime. 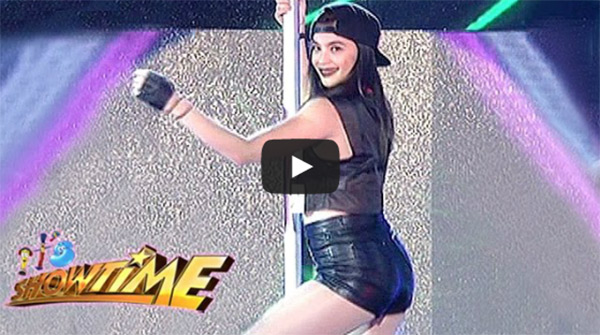