By Admin
July 30, 2015foodnewsvideoviral
How would you like to take this man to a burger-eating contest? Watch how he finished off a massive burger and fries in under 6 minutes!


In the video taken at Zark's Burgers, a man is seen consuming one whole burger coupled with French fries as excited customers cheer for him.

There were times that the guy was catching his breath and appeared choked yet he showed determination to complete the challenge, which he did in 5 minutes and 16 seconds.

The amazed crowd gave him a loud applause for the achievement, but it's unknown if he won something from the hamburger chain.

BURGER KING of the PHILIPPINES

Posted by The Most Trending Videos on Tuesday, July 28, 2015

Do you think you can beat him? 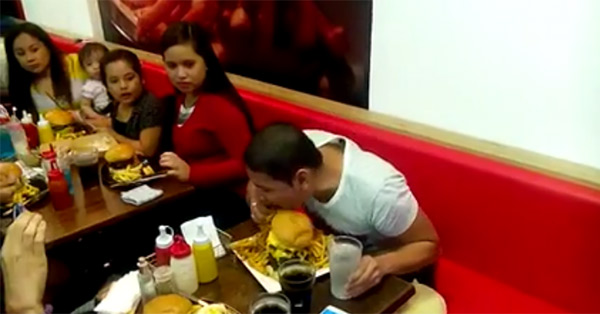