By Coolbuster
July 23, 2015newsvideoviral
Angel Manalo and his mother Tenny of the religious group Iglesia Ni Cristo appealed for help in a video, saying their lives are in danger.


Angel, younger brother of executive minister Eduardo Manalo, had been expelled from the INC together with his mom for exposing a supposed death threat that could create divisions in the Church.

The expulsion was announced during a press conference held Thursday, July 23, after the 1 minute, 54 second clip was uploaded on YouTube.

In the video, both mother and son sought help from their brethren in the church as there is a "threat" to their lives.

Tenny, widow of the late executive minister Ka Erdy Manalo, who died in August 2009, also appealed for help for her daughter, Lottie Manalo-Hemedez, and unidentified ministers who were allegedly abducted. 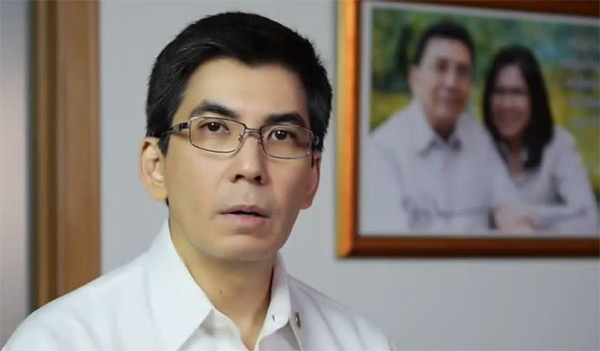 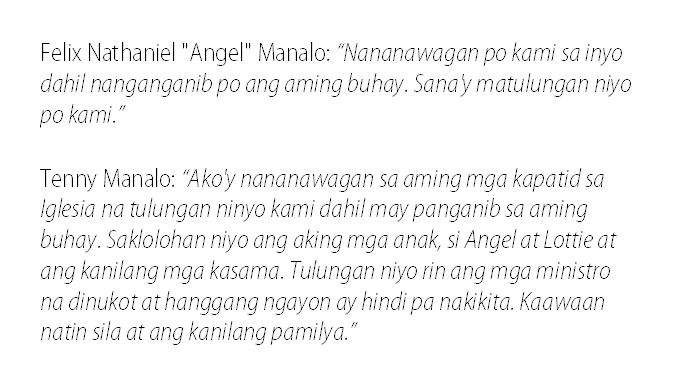 Sources from INC said the powerful church with an estimated 1.4 million members is apparently splitting, according to a report on Rappler.

But whether or not the reason behind it is family feud remains unclear.

The controversial video where Angel Manalo said their lives are in danger surfaced online five days before the 101st founding anniversary of Iglesia Ni Cristo.