By Admin
July 19, 2015Entertainmentnewsshowbiz
Teen star Ella Cruz is back on the spotlight after she released a video of her sexy dance performance of Brandon Beal's "Twerk It Like Miley."


The 18-year-old actress posted her video on Facebook and YouTube over the weekend. It immediately garnered more than 20,000 views in less than 24 hours. 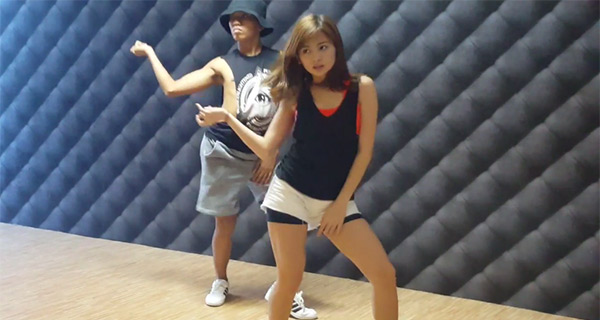 Ella, who stars in the top-rating television series "Pangako Sa'Yo," posted a teaser of her dance cover on Friday, July 17. She released the full version the following day.

In her posts, the teen actress announced that her partner in the video is Macky Quiobe.

Ella Cruz was praised by netizens, some of whom said her "Twerk It Like Miley" dance moves don't look sexually provocative.

What do you think? Do you like her version?