By Admin
July 25, 2015newspoliticsviral
We don't know if you will find this funny or disgusting. A story on how a leader of a known militant organization responded to a netizen's questions has gone viral.

I tried to ask one of the leaders of BAYAN, Renato Reyes, kung bakit tahimik sila sa issues ni Binay at kung galing ba sa tax ng bayan yung mga effigy na sinusunog nila tuwing may rally sila [why they are mum on the issues against Vice President Jejomar Binay and if the effigies they burn during rallies come from people's taxes]. Ayun. He blocked me.

This post has become viral, siguro dahil marami ang katulad ko na 'di naiintindihan ang mga aktibista (maybe because there are people like me who never understood the activists]. At ang social media ang ating nakikitang paraan upang maabot ang mga tao na gusto nating makausap at tanungin (And we see social media as a way to reach people who we want to speak and ask].

Some nice activists sent me messages regarding this post and I appreciate it. We've chatted about the things that they fight for, the things that I don't understand and what's the possible solution. I also learned that BAYAN is not a party-list, and is different from Bayan Muna. Thanks, guys. 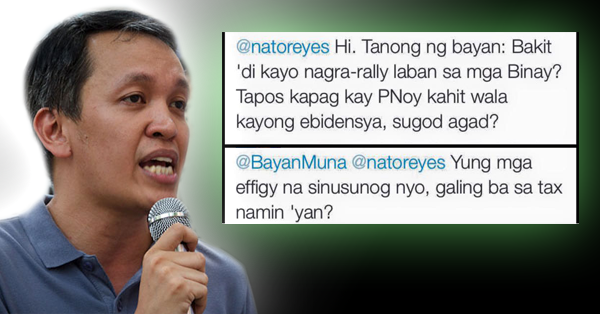 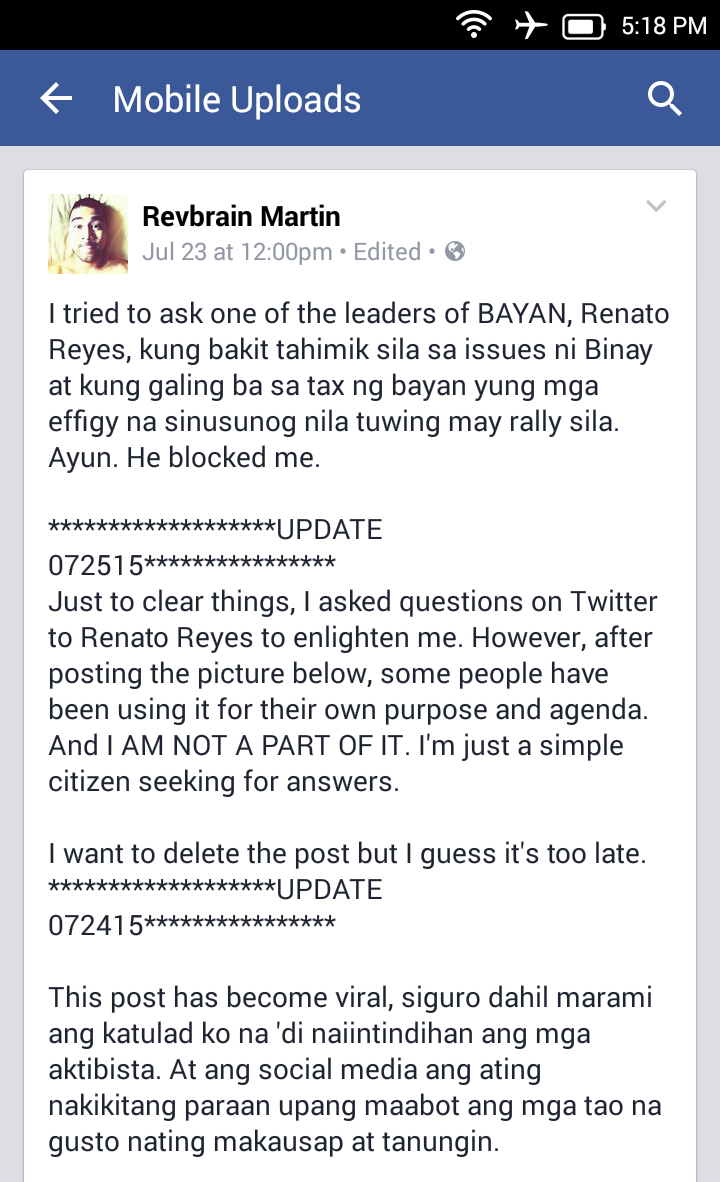 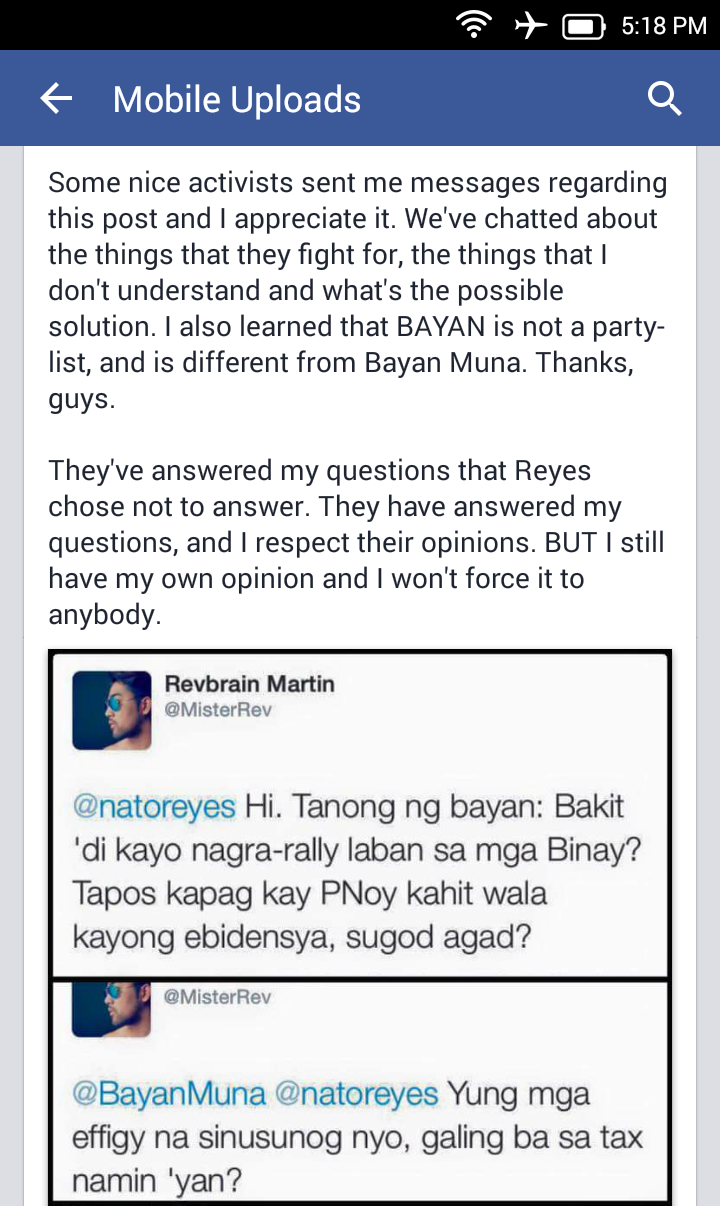 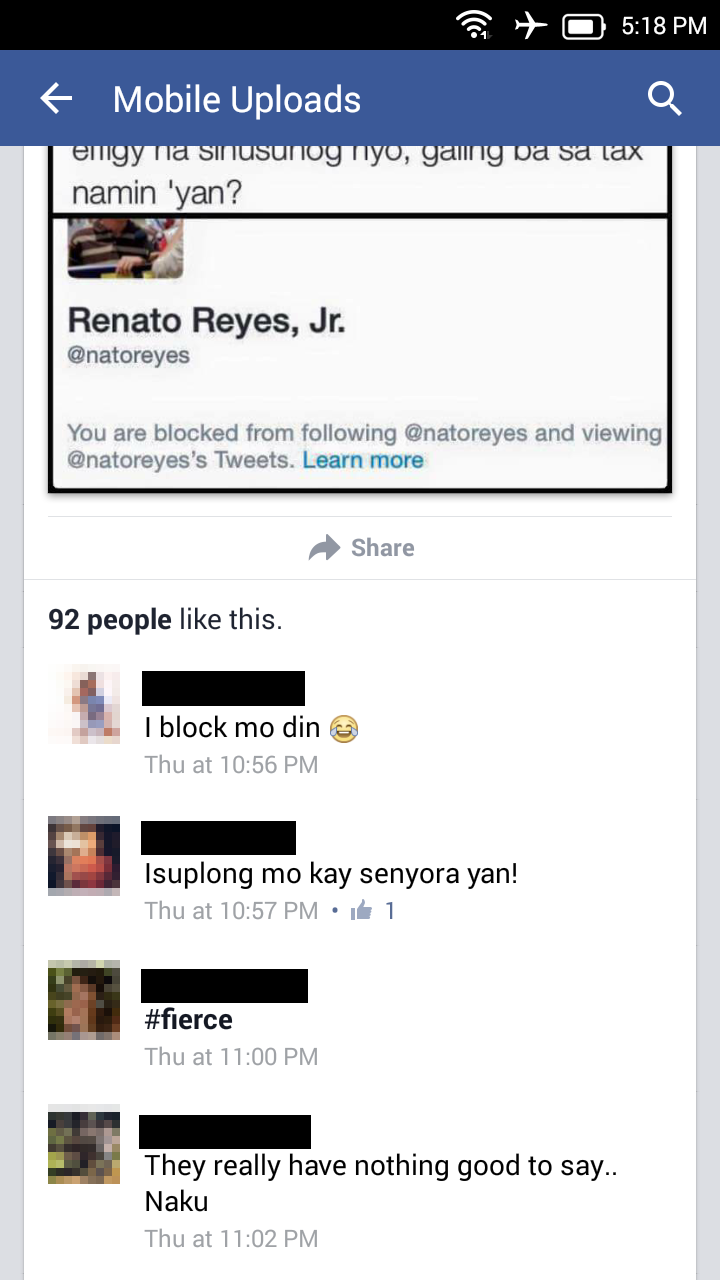 Reyes is the Secretary-General of BAYAN (acronym for Bagong Alyansang Makabayan), an alliance of militant organizations.