The Kupal Lord Facebook page posted a document that appears to be issued by the Philippine National Police (PNP) and National Bureau of Investigation (NBI) which contains an artist's sketch of the suspect's face.

A link to the supposed Facebook profile of the suspect who uploaded the controversial selfie video was also revealed. 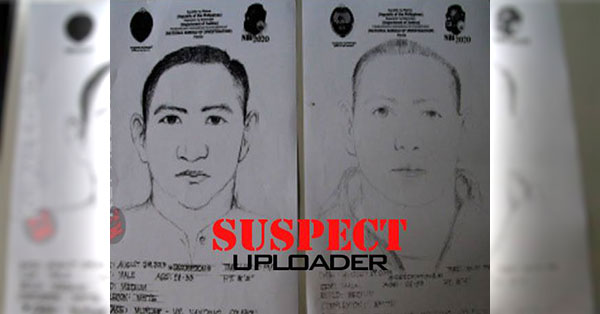 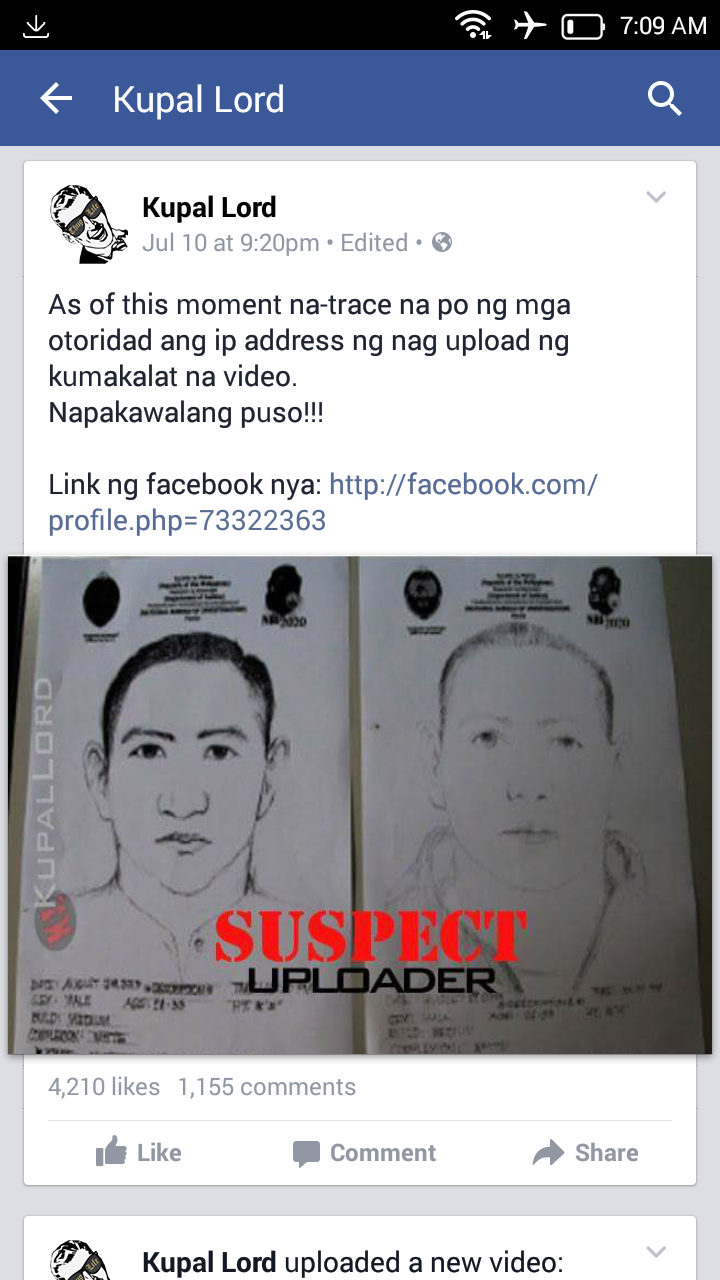