By Admin
July 27, 2015livenewsstate of the nation address
On this page you can watch the live streaming feed of President Noynoy Aquino's State of the Nation Address 2015, his 6th and last SONA.


PNoy will deliver his annual report to the Filipino nation during the joint session of Philippine Congress at the House of Representatives in Batasang Pambansa, Quezon City, on Monday, July 27.

Besides informing the citizenry on the status of the country as well as his administration's accomplishments for the past year, Aquino is also expected to mention issues and problems that should be focused on and addressed in his final year in office:
Based on reports that circulated recently, Aquino also might officially announce his bet for next year's presidential election.

Bookmark and refresh this page later at 4 p.m. for the 2015 SONA live streaming which is viewable on desktop and laptop computers, smartphones, and tablets.

This clean feed is provided by RTVM Malacañang: 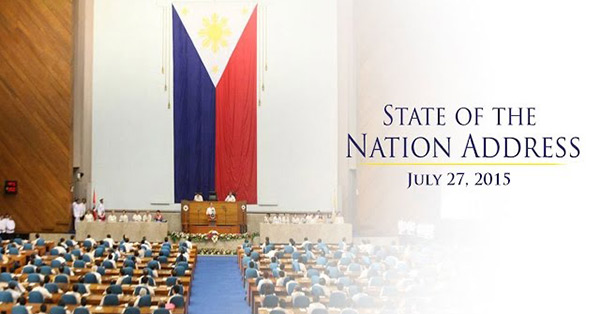