By Admin
July 14, 2015newsvideo
Amid reports of the so-called SIM swap scam, telecommunication companies have been urged to impose tougher rules on SIM card replacement.


The National Telecommunications Commission (NTC) said telcos should have stricter policies regarding requests for replacement of subscriber identity module following complaints from victims of the newly-exposed fraud.

The latest of whom is an alias Roger who found out that a scammer successfully replaced his postpaid SIM from Globe and attempted to apply for a postpaid plan with an iPhone from Smart using his personal data.

The scammer, he said, was also able to open and alter his email account. What's more scary is that the scammer knew the address of his residence and even allegedly tried to enter his home. 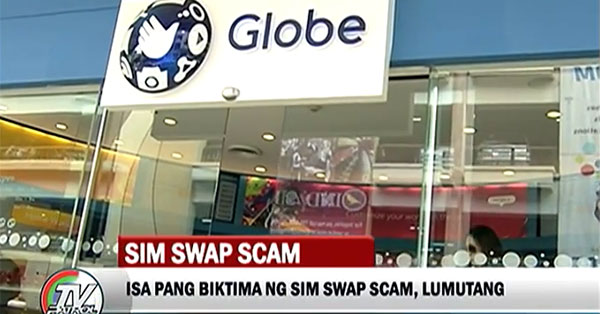 BDO, the bank of two SIM swap scam victims, said it has "intensified the monitoring of the internet for fraudulent threats and its security measures to counteract them."

The bank encouraged their clients and the public to be extra vigilant in protecting their personal information.

BDO gave the following tips:
Last week, a Globe postpaid subscriber almost lost P48,000 from his savings after he fell victim to the SIM swap scam.