By Admin
July 07, 2015newsviral
A teller at a Cebuana Lhuillier branch in Dasmariñas, Cavite is under investigation after a customer exposed her alleged modus operandi.

According to her, she was expecting P7,000 from her brother who is an overseas Filipino worker (OFW) in Dubai. The same amount was indicated in the claim form.

Wondering why it took long for the teller to process the payout, Colocado said she decided to leave for a while after being told that something went wrong with the printer.

When she came back, Colocado noticed that the received amount was handwritten. 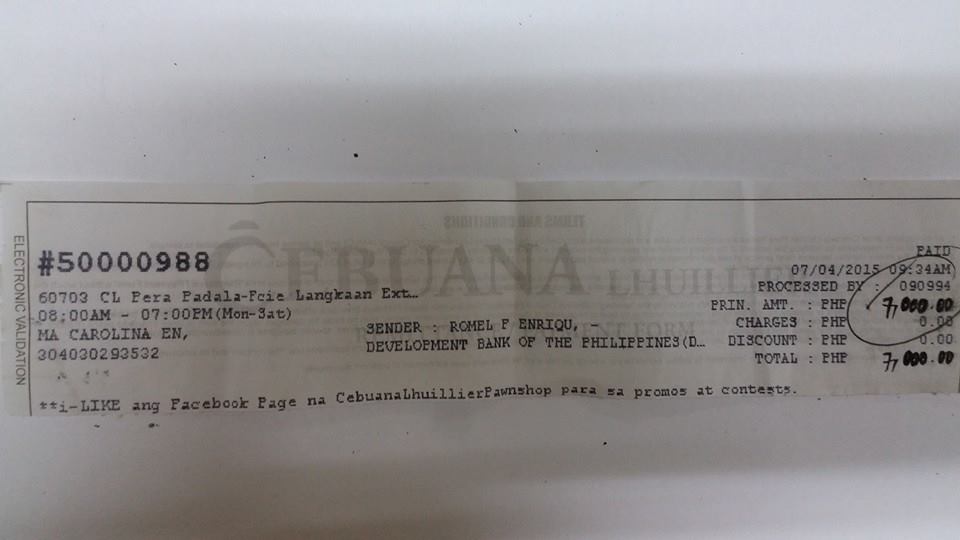 At her office, she called Cebuana's customer service to confirm if it was allowed. She also verified the exact amount sent and found out that she was supposed to get P7,645.

Angry for having been deceived, the customer went back to the remittance center and confronted the teller, who reasoned out with different alibis. 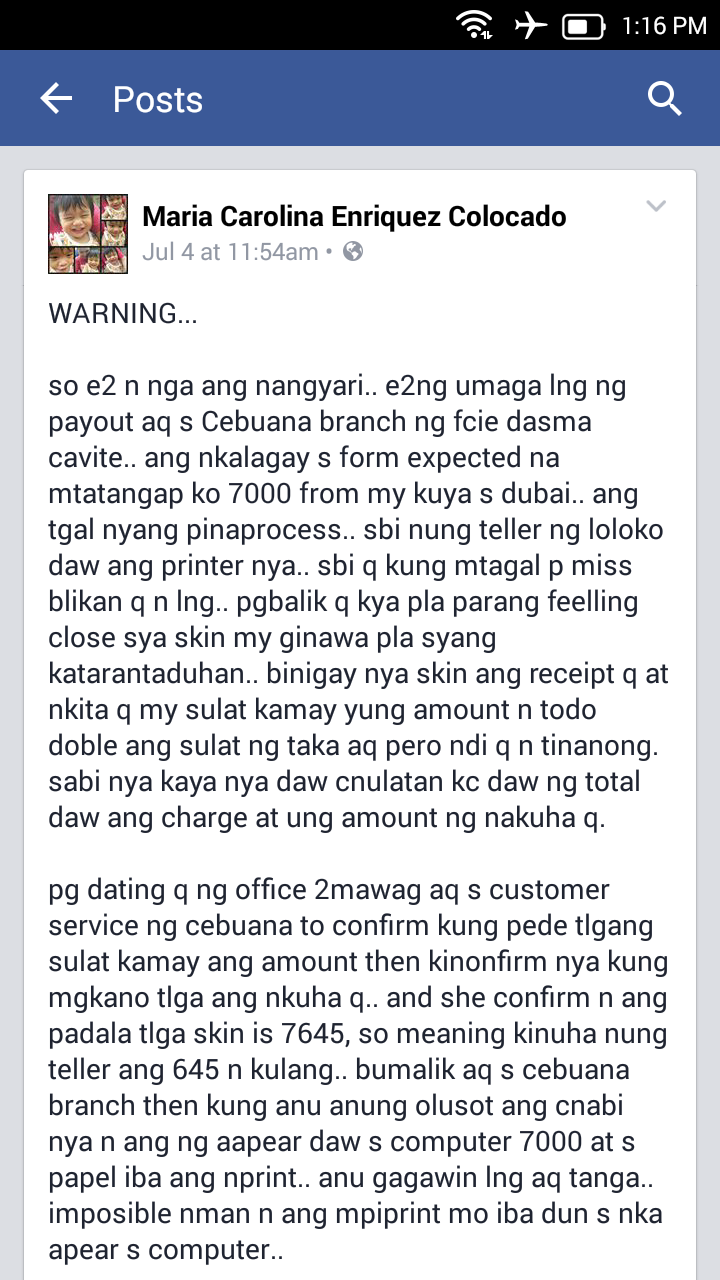 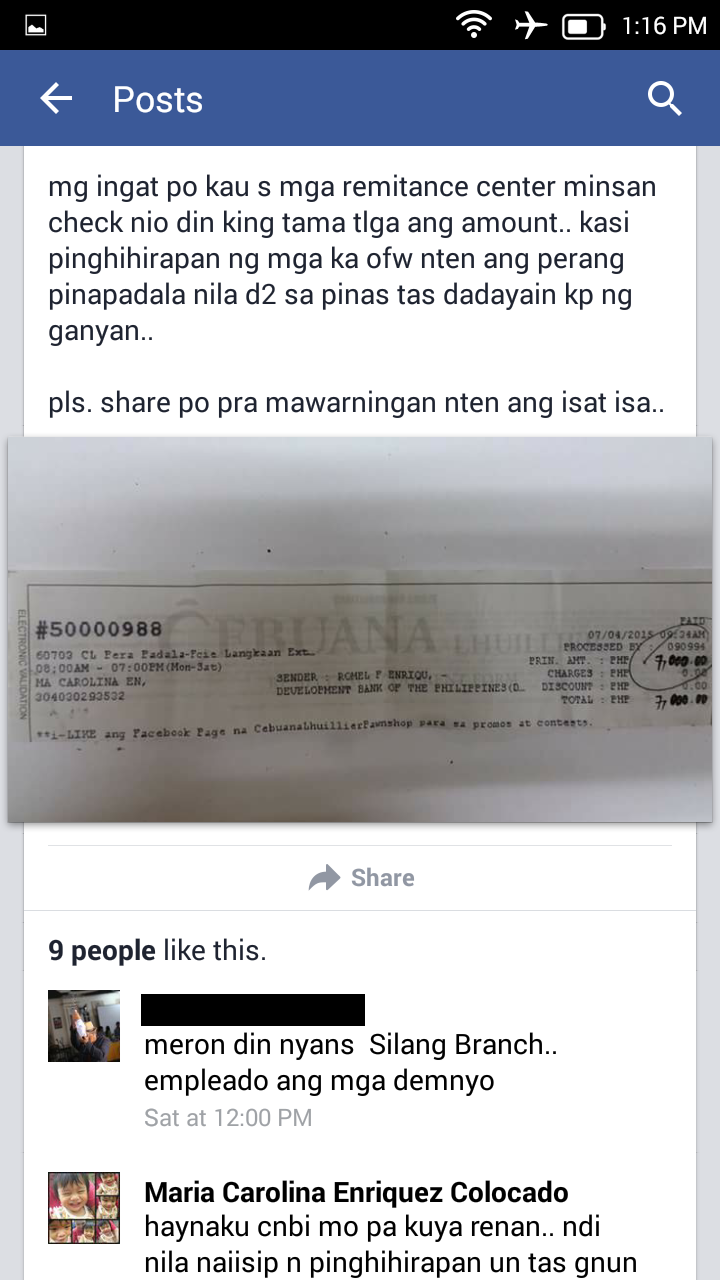 Colocado said she was able to get the remaining amount after CS called and told her to claim the balance.

A probe is underway, according to her, after she reported the incident to management. 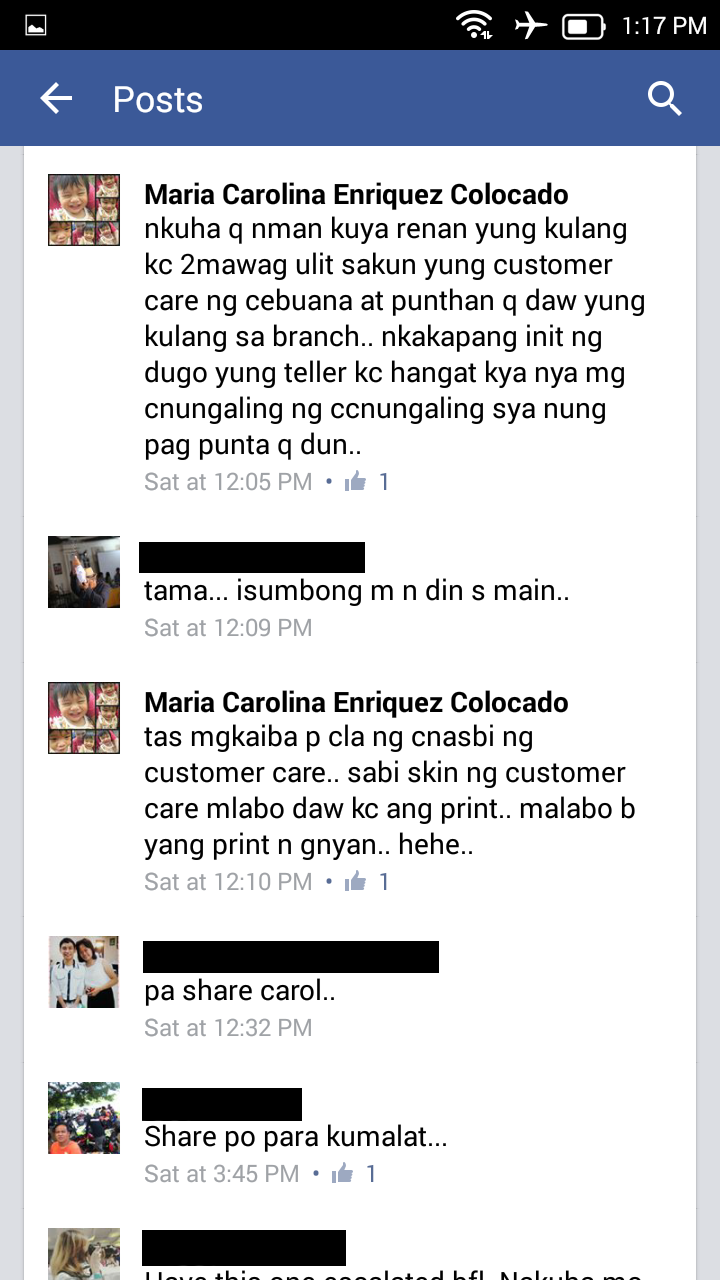 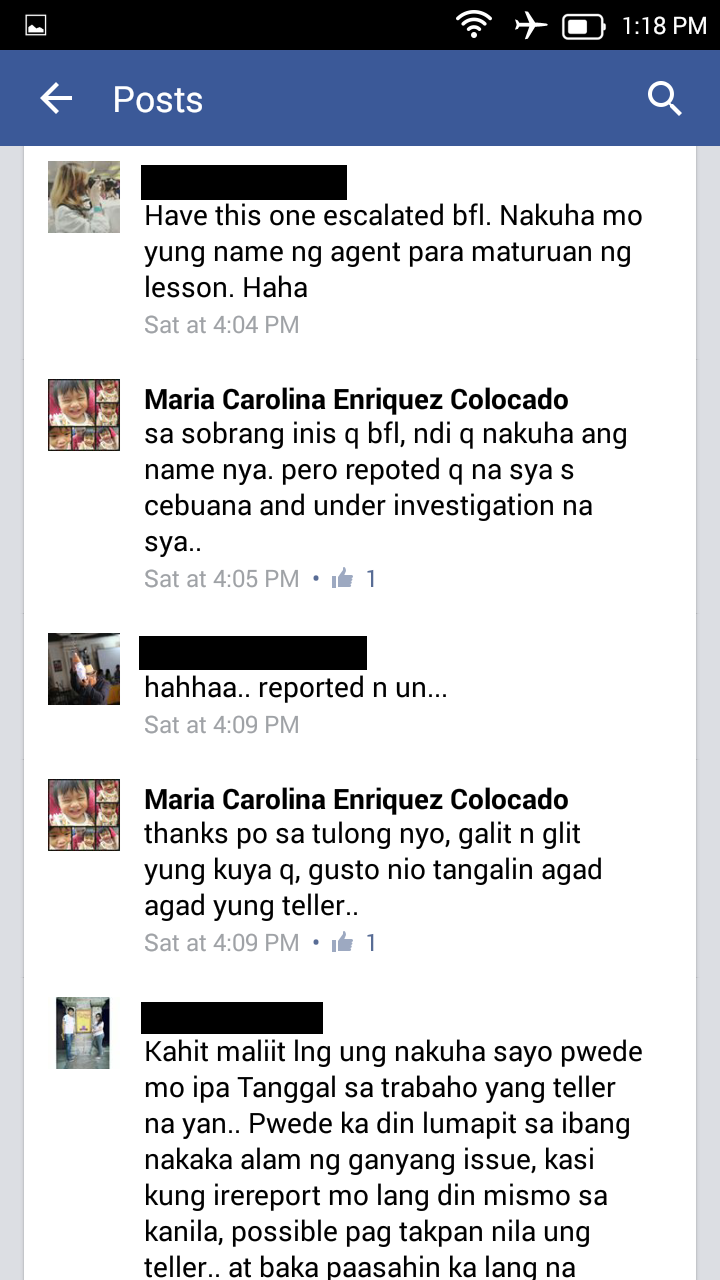