By Admin
July 31, 2015newsviral
A man who's been accused of using a cloned credit card in his shopping spree was arrested after buying nearly P50,000 worth of branded items.

My credit card was cloned and used to make purchases amounting to almost 50k at SM Bacoor today. Fortunately I was notified via text message so we immediately called the credit card company and the stores where the purchases were made.

A few hours later the suspect was caught after the staff of Techno Kid and Nike coordinated with mall security. They say he has other cloned cards on hand and may have victimized other card holders. 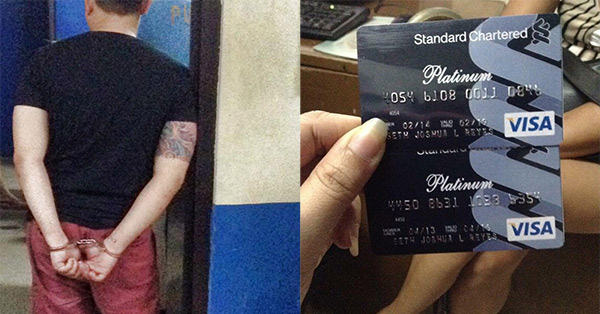 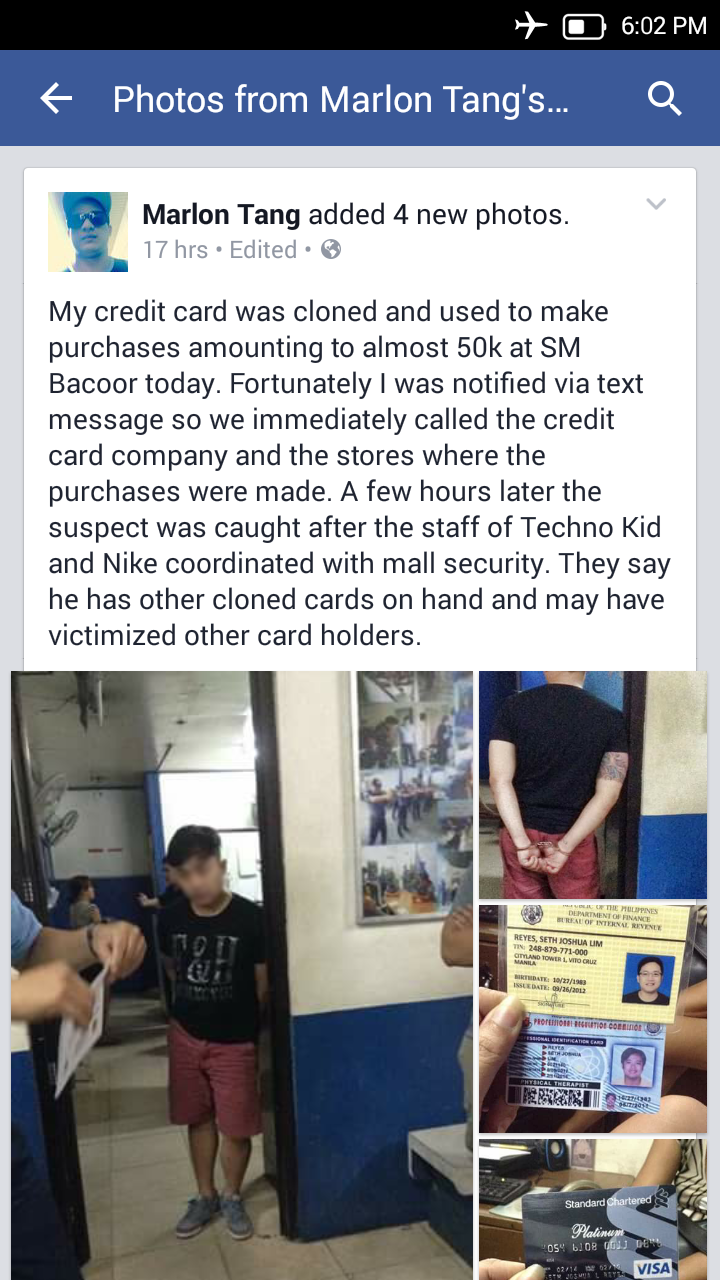 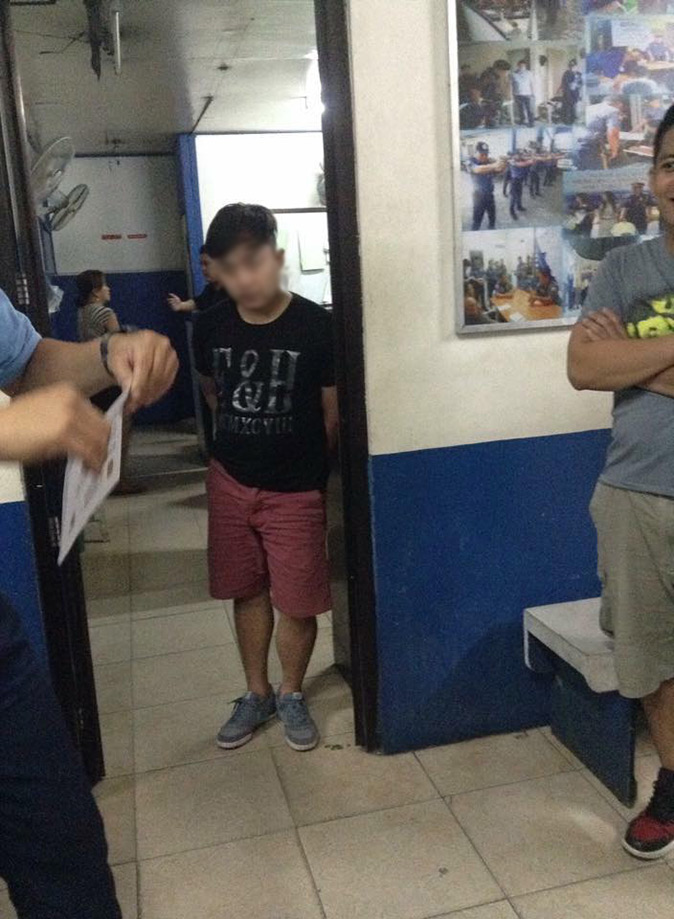 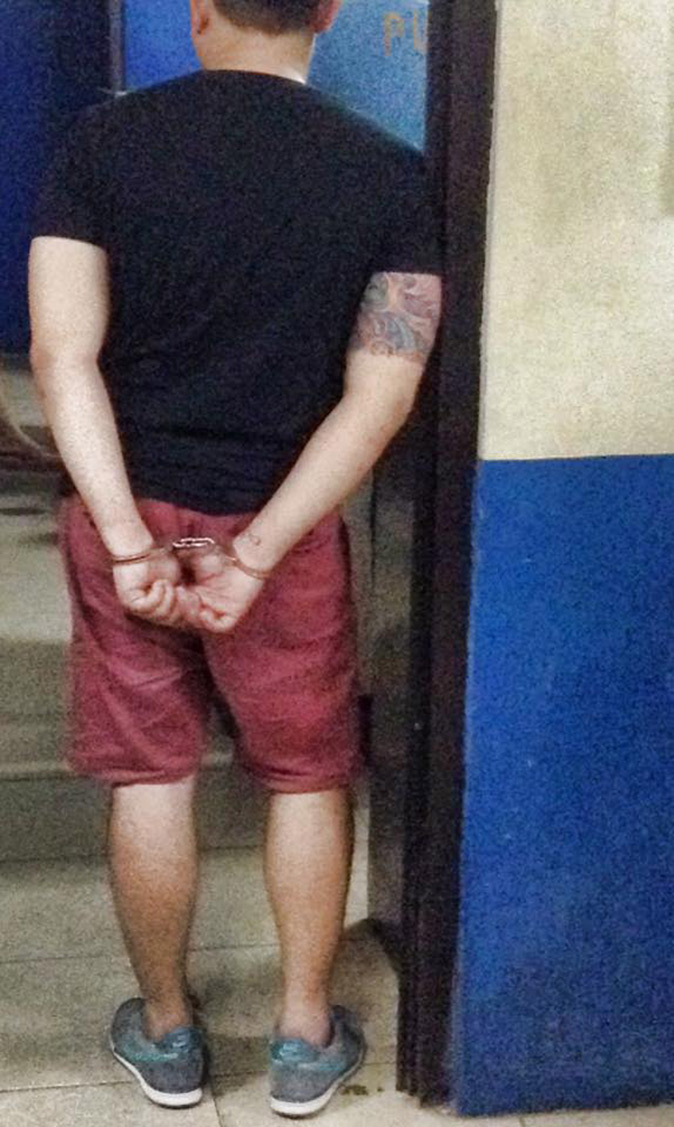 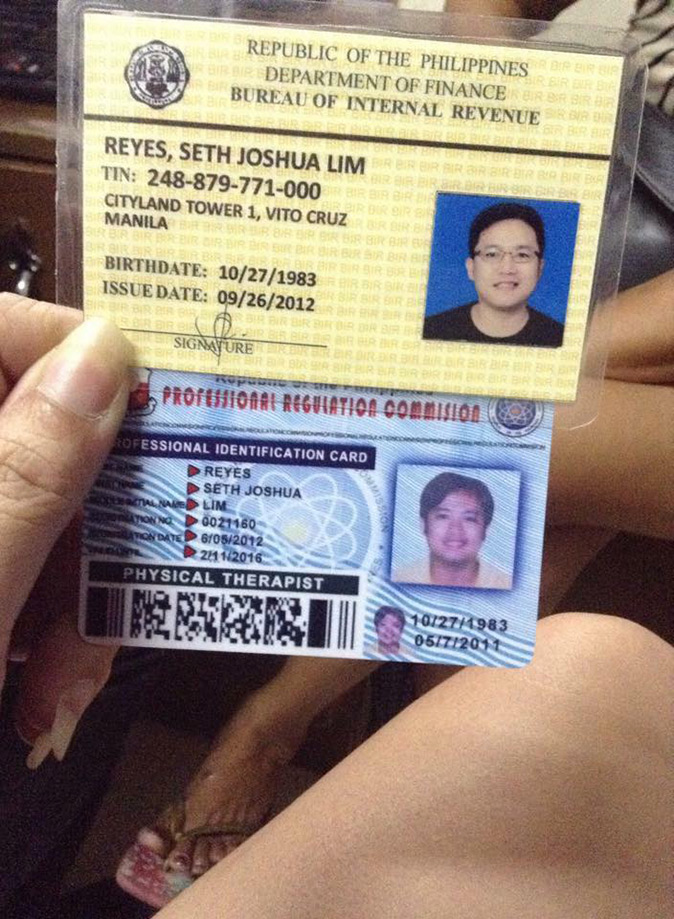 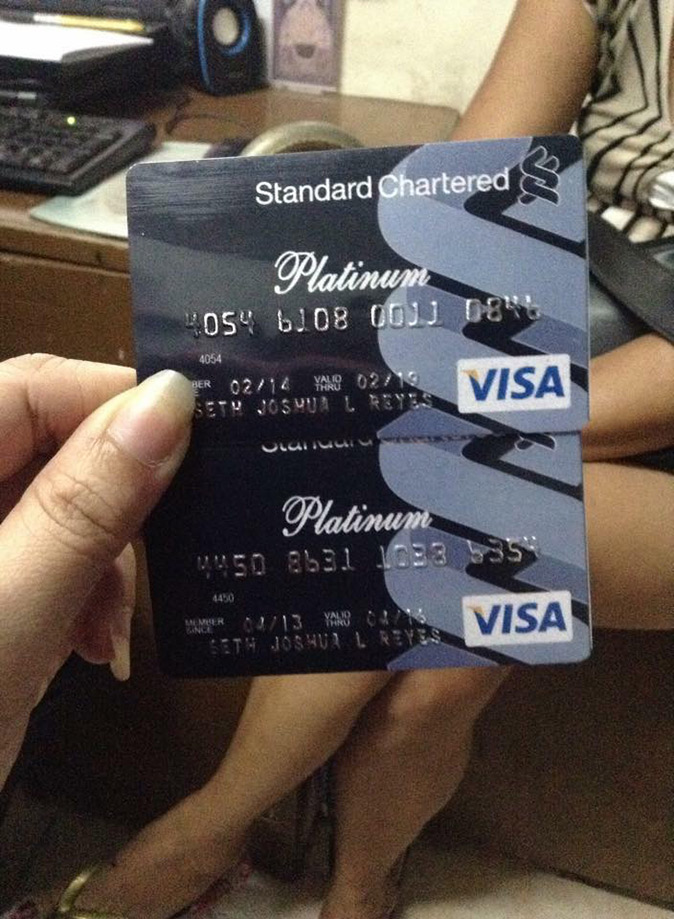 In a response to a comment, Tang said the suspect might have cloned his Mastercard after he used it for a purchase at Shakey's Evia Daang Hari branch, or possibly via remote skimming.

The victim also said the possibility that the suspect, whom he identified as Seth Stanley Gaviola Radam, is a Shakey's staff should be included in the investigation.

Apparently, the suspect uses fake IDs and has cohorts as he was able to pass the purchased items before he got cornered by mall security.

Radam, he said, is currently detained at Talaba Police Station in Bacoor. Tang encouraged other possible victims to file a case against the suspect.