By Admin
July 13, 2015newsvideoviral
A graphic video showing what is said to be a DoTA trash-talker whose neck was slashed by his opponent inside an internet cafe has gone viral.


The 20-second clip, which was uploaded Monday, July 13 on Facebook, shocked netizens.

In the video, a man wearing white collared shirt and black plants entered the cafe. Using an unidentified sharp and shiny object, the suspect suddenly slashed the neck of the victim.

A companion of the victim is seen chasing the suspect who quickly ran away after undertaking his objective.

Warning for graphic content: Video may be upsetting for some. Viewer discretion is advised.

The identities of the suspect and DoTA trash-talker as well as the name and address of the internet cafe are unknown.

Many commenters, most of whom are playing the popular multiplayer online battle arena video game Defense of the Ancients and its sequel, DoTA 2, condemned the crime saying the attacker should be put to jail.

After watching the video, some said they are now scared to trash-talk while playing DoTA. 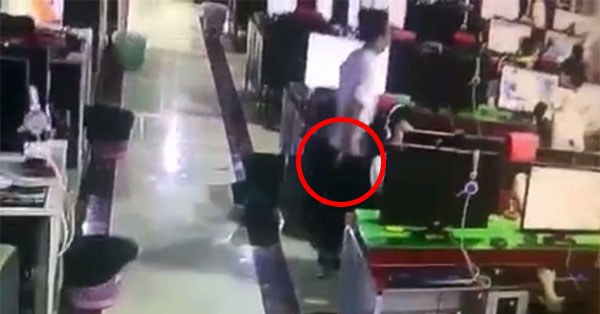