Binay rosary: What does the letter 'B' stand for?

By Admin
July 07, 2015newsphotopoliticstrending topicviral
Aside from extending cash assistance, vice president Jojo Binay gave away rosaries to the families of the victims of the Ormoc tragedy.


According to Politiko, Binay went to Ormoc City, Leyte on Sunday to visit those whose loved ones died after a motorboat, MB Kim Nirvana-B, capsized, flipped and sank.

The country's second highest public official reportedly told members of media that he extended financial assistance to the victims' kin. He also gave some of them rosaries.

As netizens shared the report from Politiko, some social media users attached photos of the Binay rosary in their comments — the first of which was given to an unidentified woman while the other was allegedly distributed during the papal visit last January. 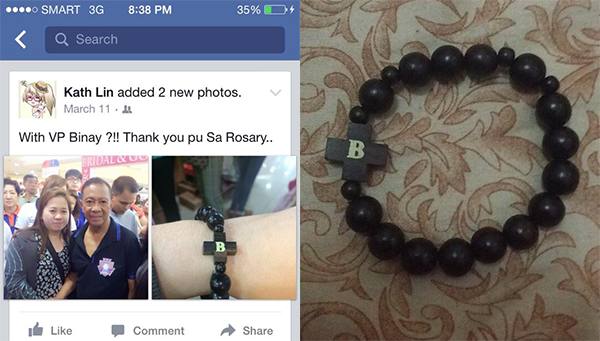 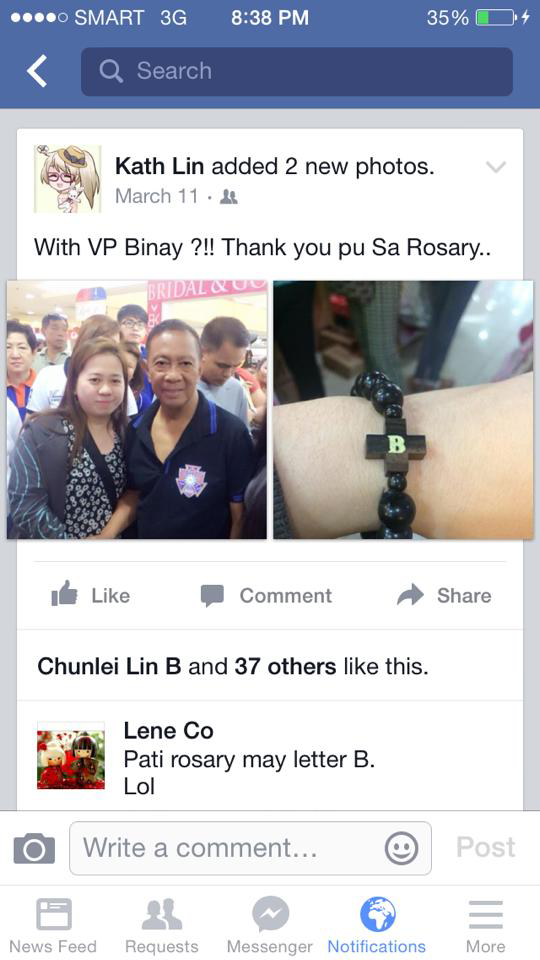 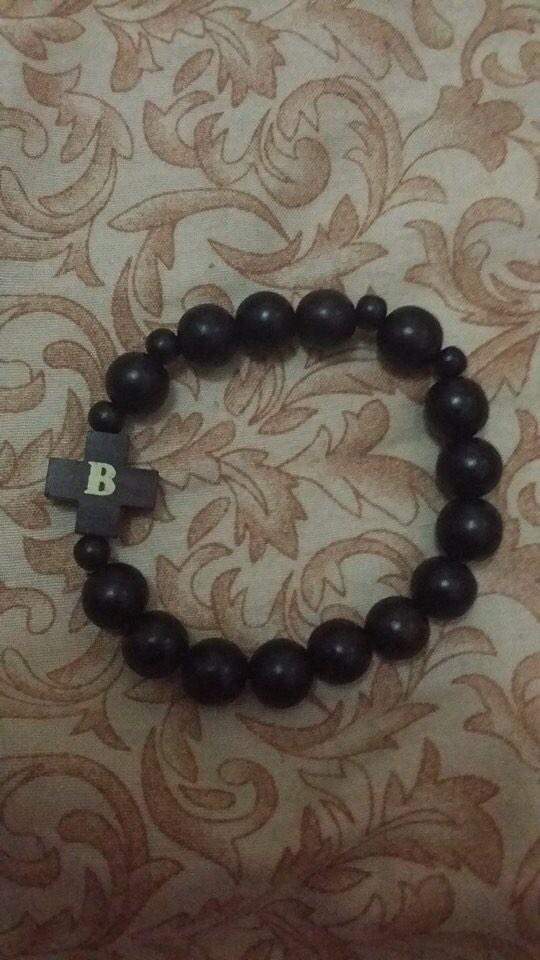 Members of an anti-Binay group on Facebook criticized the 2016 presidential aspirant for his apparent politicking.

Others, on the other hand, tried to figure out what the letter "B" printed in the middle of the cross stand for.

Many believe it's "Binay" while one commenter said it means "bobotante."