By Admin
July 30, 2015newsvideoviral
A Bonifacio Global City marshal and his companions have been accused of harassing and assaulting a businessman and his driver last Friday.


Mark Jason Benipayo Quintana, owner of WABS Printing and Equipment Rentals engaged in lights and sounds services, narrated his side of the story in a lengthy Facebook post.

He claimed that a BGC marshal identified as P. Francial apprehended their convoy—composed of a Toyota Revo and Isuzu Elf—at 11th Avenue corner McKinley around 2:50 a.m. on July 24.

Quintana said Francial confiscated the license of his driver and asked them to pay P500 pesos for their six-wheeler vehicle (Elf). He refused to pay and insisted that "by LTO definition, a vehicle must be classified based on weight, not on the number of wheels."

An argument between the two began when Francial allegedly failed to provide a ticket or documentary proof that he has confiscated the license of Quintana's driver. The altercation was caught on video after the complainant pulled his smartphone out and started recording for what he called "documentation."

An abusive BGC Marshal (and friends) harassed and assaulted our group. (July 24, 2015)

Today, at around 2:50 AM, our convoy (an Isuzu Elf and a Toyota Revo) was apprehended by BGC Marshal P. Francial at 11th Ave. cor. McKinley. The said Marshal confiscated the license of my driver and asked us to pay 500 pesos because our vehicle has 6 wheels. (By LTO definition, a vehicle must be classified based on weight, not on the number of wheels. Ours is a 3800kg vehicle, under the 4500 minimum weight on "trucks" ). I was skeptical of what he is saying to us so I called some friends in the Lights and Sounds industry, to determine how much do they pay these BGC Marshals. They told me that they only pay 100 for a gate pass. I then asked the Marshal if he has a ticket or any documentation as proof that he confiscated a license. He couldn’t produce one, and repeatedly told us to just go to their office and argue with their officers there. He then walked away to his outpost.

I then left my vehicle to continue my dialogue with the Marshal. Instinctively, I started recording with my phone. I approached the Marshal and asked again about the proper procedure on how to regain the license. Upon reaching him, he tried to grab my arm and repeatedly pointed his finger on my face. He kept saying “Bastos ka eh.” I continued to ask him about the proper procedure on cases like ours. After a few seconds(0:50), he radioed for help. At (2:15), a motorcycle went rushing from afar. At (2:30), the three men aboard the motorcycle shouted at me. At (2:33), he told the men: “Bastos ‘to eh. Tingnan niyo ginagawa niya.” The man wearing shorts shoved my face. At (3:23), the other one wearing white approached me and punched my face and followed up with kicks. At (3:45), other Marshals can be seen arriving at the scene. 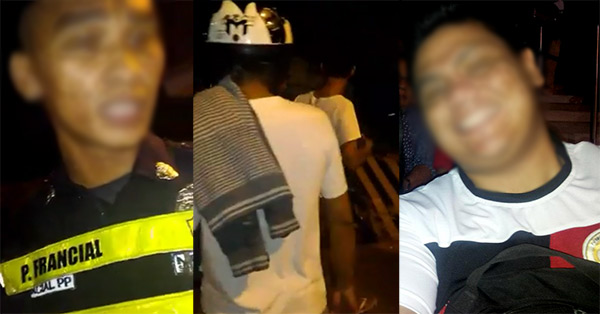 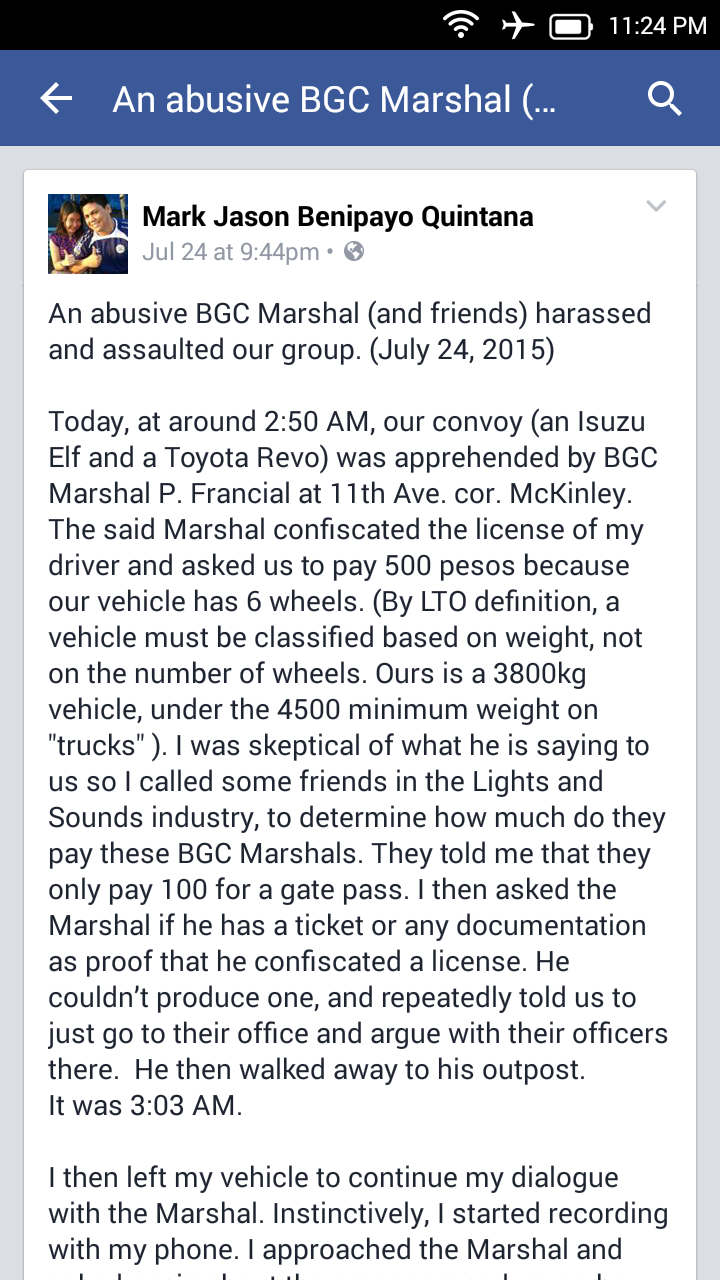 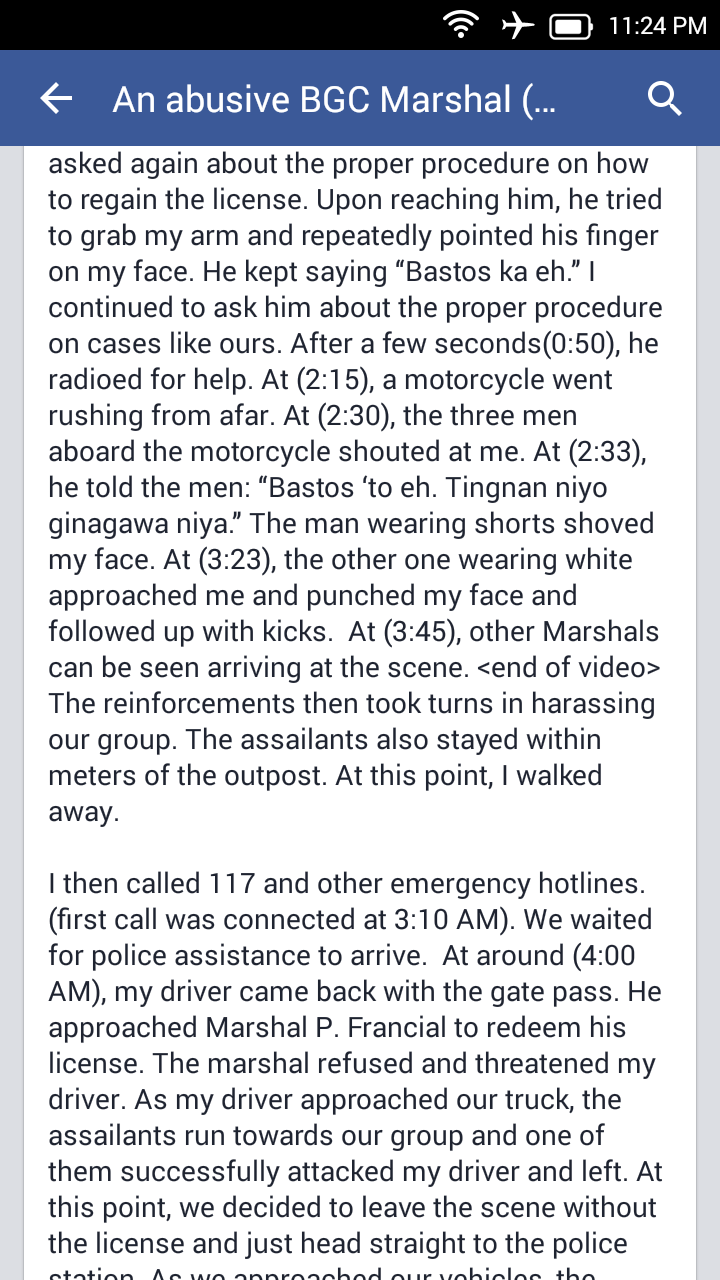 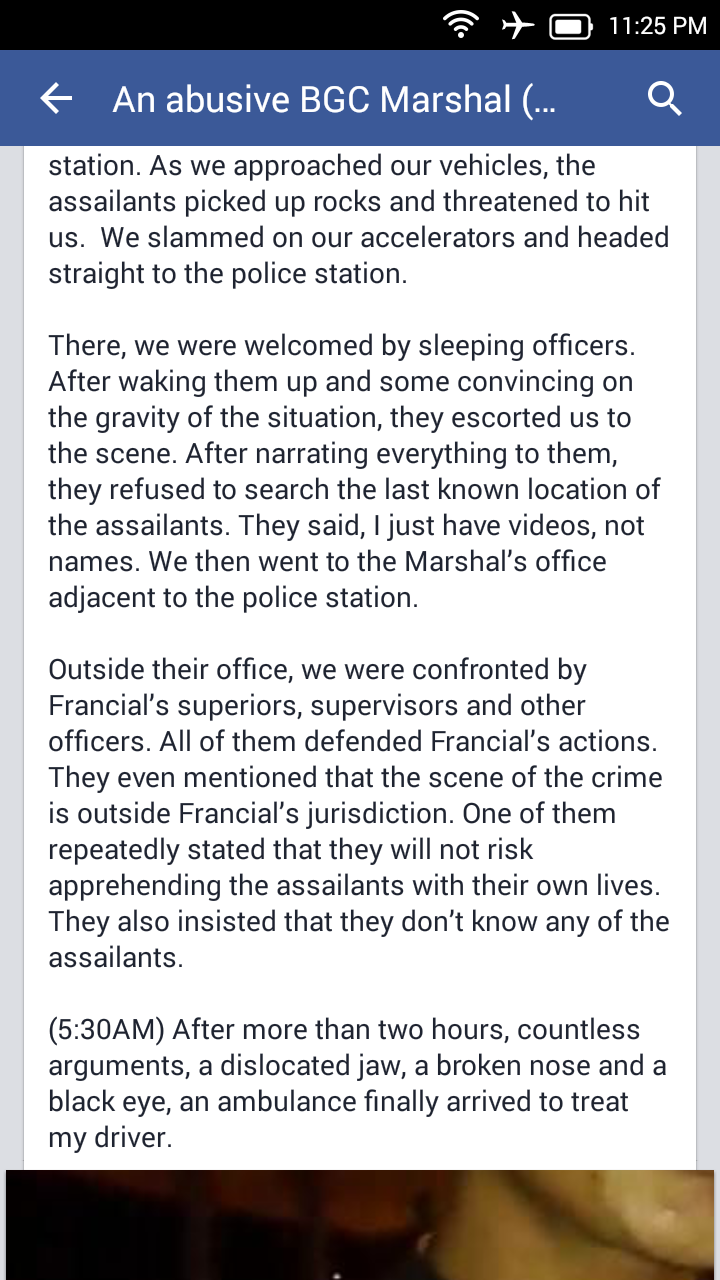 While many expressed sympathy for Quintana, saying that some BGC marshals are "rude" and "abusive," others said Francial may have been provoked because he sounded "annoying."

The viral video also sparked an online debate as to who was at fault, the businessman or the BGC marshal? What do you think?