By Admin
June 07, 2015Entertainmentnews
The "YFSF" season 1 grand winner is Melai Cantiveros. The comedienne bagged the title during the finale of "Your Face Sounds Familiar" on Sunday.

Melai got 51.93 percent of text votes to land in first place, followed by Nyoy Volante in second place with 24.51%. Jay R came in third with 16.1% while Edgar Allan Guzman placed fourth with 7.47%.

It seems that the 27-year-old GenSan native is very lucky with reality-based shows. In 2010, she was declared grand winner of Pinoy Big Brother: Double Up.

Now she's bringing another title home, as the first-ever grand winner of "Your Face Sounds Familiar."

Meanwhile, tonight isn't the end of the line for the singing and impersonation competition for celebrities in the Philippines. On Saturday, the show's host announced that "YFSF" will have a second season. 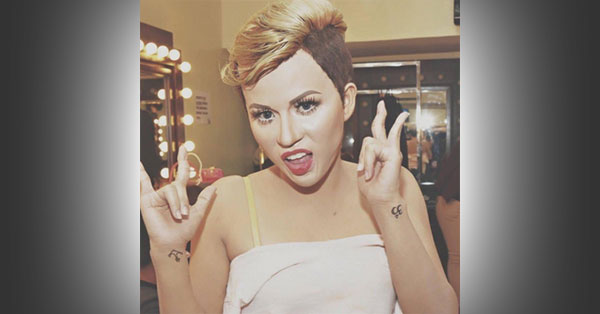