By Coolbuster
June 29, 2015newsvideoviral story
This viral story is about a Clash of Clans (CoC) player whose addiction to the mobile game has cost the life of his mother, who is an overseas Filipino worker (OFW).


In the video titled "Cellphone," a young man named Paolo shared that his mom was forced to work abroad for the reason that the meager income of his father as a construction worker was not enough for the family's needs.

Because of her love for them, his mother worked as a domestic helper in Kuwait and endured the loneliness of being away from the family just to be able to send him and his siblings to school.

From the money she sent, Paolo said he was able to buy an Android phone which he will use to browse the internet and chat with his mother on Facebook. He also promised to make good in class. Elated, his mother said she loves him so much.

But that promise was broken since he learned to play Clash of Clans and got addicted with the game.

At first he only wanted to be entertained, but then later on he upgraded and upgraded in order to become the best player in his clan. Because he didn't want to miss the clan wars, Paolo skipped classes and his absences became frequent.

He no longer spent time with his girlfriend and they eventually broke up. He also disobeyed his father and, worst, he ignored the calls of his mother, especially after she scolded him for being a CoC addict.

She wished she didn't give him money to buy a cellphone.

One night, Paolo noticed 8 miscalls from his mother but ignored it because of pride. The following day, the family received a call from her agency bringing a sad news - his mother died after being mauled by her employer.

The entire family was shocked, Paolo was speechless, stunned. He couldn't believe that his mother was gone.

While he was crying, a friend texted and told him to open his Facebook account so he can watch a viral video showing his mother pleading for help. She was crying. Bruises from the beating were all over her face.

While watching the video, Paolo noticed his mom's private message (PM) asking him to answer her calls and help her by seeking assistance from the authorities. She warned that her employer might kill her.

After reading the message, Paolo got depressed and disappointed of himself for ignoring his mother and for being unable to do anything to take her out of harm's way.

The CoC addict realized that he should have read her mom's messages and answered her calls instead of giving Clash of Clans more importance, but it was too late.

The video of the story written by Aris Natividad already got more than 17,000 likes, 83,600 shares, and over 1.3 million views. Many said they can relate to it even though it's fictional. 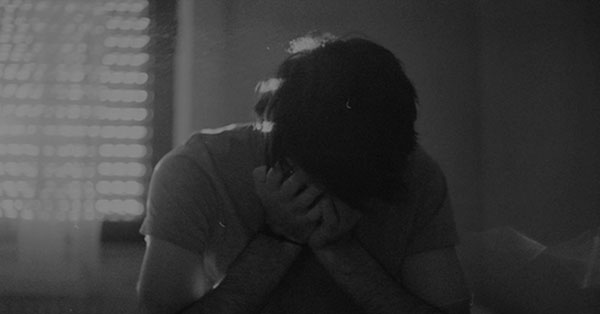