By Coolbuster
June 20, 2015newsvideoviral
An MMDA traffic enforcer was caught on video demanding money from a driver in order for him to void the latter's traffic violation ticket.


According to a Facebook page, the video was taken by Rochelle Lising, reportedly a member of the famous dance group G-Force.

In it, the driver is seen talking to the MMDA traffic enforcer who flagged him down for "passing a red light" (running a red light) along Blumentritt Street in Manila.

At first, the traffic enforcer allegedly asked for P2,000 but later agreed to get paid P260 only after the driver and his companion negotiated for the reason that they don't have enough money as they had just bought items essential for the puppies of their pet dog.

The uploader wished that the MMDA traffic enforcer's children could watch the video so they won't follow their father's misdeed. 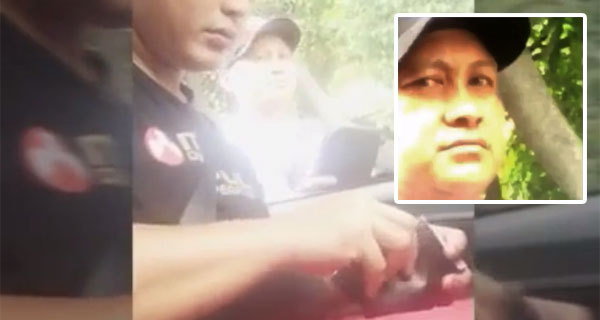