The 14-year-old teen housemate was first introduced on "It's Showtime" and revealed further on "TV Patrol" and "Aquino & Abunda Tonight."

Ryan gamely showed off his dance moves on the noontime variety show on Monday, June 15. 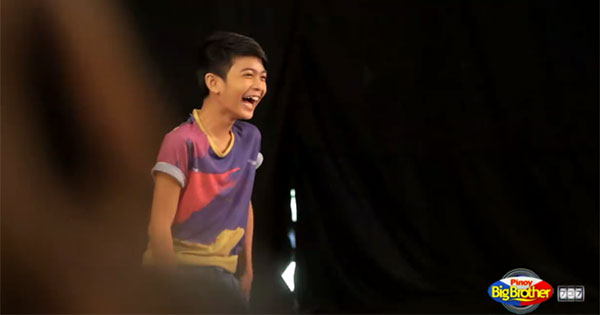 According to the official Facebook page of Pinoy Big Brother, the Cebuano teenager auditioned last March 14 in Pacific Mall Mandaue.

The reality show also posted Ryan's audition video most probably to allay suspicion that the housemates for the new season of PBB were pre-selected.

During the auditions, rumors and speculations against the reality show circulated via social media.