By Coolbuster
June 15, 2015newsvideoviral
A smartphone video has captured the modus operandi of a "Laglag Barya Gang" in Cebu. Watch how the suspects do it so you would be aware.

In the description, the uploader said that the notorious group, locally called "Hulog Piso Gang," has four members.

In the video, an unidentified female passenger is sitting in between three men. Suspect number 1 acted like he accidentally dropped a coin taken from his pocket.

Suspects 3 and 4 are serving as their back-up and lookout. 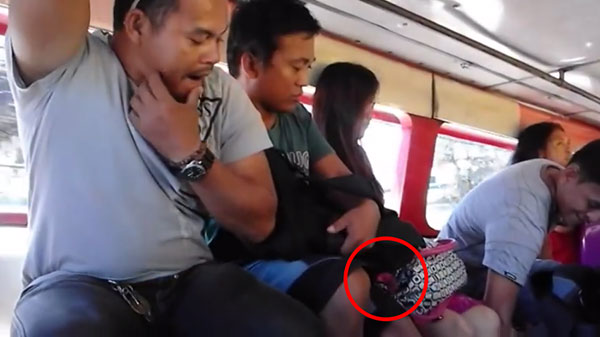 According to a netizen, the "Laglag Barya Gang" has been doing their modus operandi around Cebu.