By Coolbuster
June 16, 2015newsvideoviral
A shocking, disturbing and graphic video that captured a young father beating and threatening his own child has gone viral on social media.

It shows a man hurting a boy by slapping, punching and kicking the child in different parts of his body.

The father curses then hits the child whenever he cries. It can be heard that the culprit also threatened to kill the boy several times.

Towards the end of the video, a girl, believed to be his younger child, was also slapped by the man while he was wiping her back and shoulder with a cloth.

De Vera asked netizens to share the video so that the mother of the two children would be informed.

Facebook users were urging the Department of Social Welfare and Development to take action and rescue the children from their abusive father. 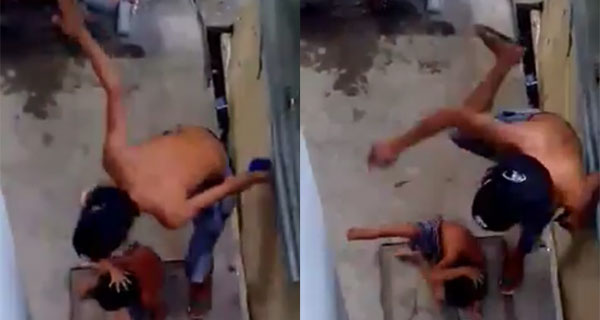