DAR exec, 2 others guilty of non-remittance of GSIS, Pag-IBIG premiums
🔍

DAR exec, 2 others guilty of non-remittance of GSIS, Pag-IBIG premiums

By Coolbuster
June 19, 2015news
The Sandiganbayan convicted a former regional secretary of the Department of Agrarian Reform (DAR)–Autonomous Region for Muslim Mindanao (ARMM) who concurrently served as then ARMM Vice-Governor, for failure to remit the employer’s share to the Government Service and Insurance System (GSIS) and Home Development Mutual Fund (Pag-ibig) amounting to P2,418,577.33 and P149,100.00, respectively, from January 1997 to June 1998.


In a 35-page Joint Decision, the anti-graft court found Datu Guimid Matalam, along with DAR-ARMM Cashier Ansarry Lawi and Accountant Naimah Unte, guilty beyond reasonable doubt of violation of Section 52 (g) of Republic Act (R.A.) No. 8291 (Government Service Insurance System Act), and sentenced each to suffer the penalty of one year to three years imprisonment, P20,000.00 fine, absolute perpetual disqualification from holding public office, and from practicing any profession or calling licensed by the Government. In addition, Matalam was found guilty of violation of Section 1, Rule XII of the implementing rules and regulations of Republic Act No. 7742 (Pag-ibig Universal Coverage Law), was imposed a fine amounting to P190,506.00 and was directed to pay a penalty of three percent per month of the amounts payable computed from the date the contributions fell due and until full payment.

The anti-graft court ruled that under R.A. No. 8291, Matalam, Lawi and Unte are accountable officers such that their refusal or delay in the payment, turnover, remittance or delivery of GSIS premiums within 30 days from the time that the same shall have been due and demandable constitutes a violation of the law.

The prosecution established that Matalam was already notified of the non-remittance of premiums, as witnesses and documentary evidence proved that as early as April 23, 1998, the GSIS Cotabato Branch sent a letter addressed to Matalam informing him that the loan privileges of its members were temporarily suspended in view of the unremitted government share of premiums from January 1997 to December 1997. In addition, six Statements of Account of GSIS Compulsory Contributions Due and Payable as of June 30, 1998 amounting to P2,418,577.33 were also sent to Matalam. Officials and records from the Department of Budget and Management and Landbank of the Philippines likewise confirmed that a total amount of P12,113,242.00 was credited to the account of DAR-ARMM from September 1997 to January 1998 under its FUND 101 where remittances of the government shares for GSIS and Pag-ibig Fund are deposited.

The court ruled that the restrictive definition of the word “employer” under the Pag-ibig Fund law holds that the head of office or agency has the obligation to remit the contributions. The prosecution proved that from January 1997 to June 1998, Matalam, as regional secretary, failed to remit the total amount of P149,100.00 which became due and demandable as of July 1998, inclusive of penalties and charges.

The court added that there was “no justifiable reason for such failure to remit having been presented and considering too that money for that purpose was already received and available.” 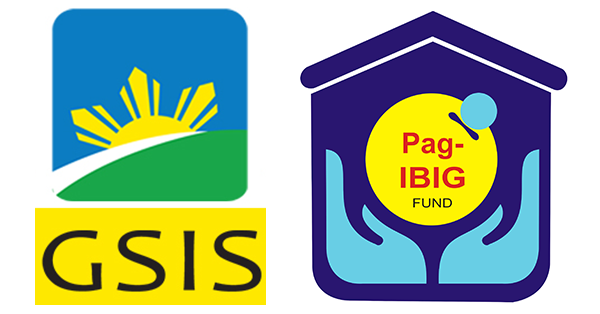