By Coolbuster
June 17, 2015newspress release
The Office of the Ombudsman obtained the conviction of former Consul-General Ma. Lourdes Ramiro-Lopez for Falsification of Public Document in connection with the entry in her personal data sheet (PDS) falsely claiming to be a graduate of AB Broadcast Communication from the University of the Philippines (UP). 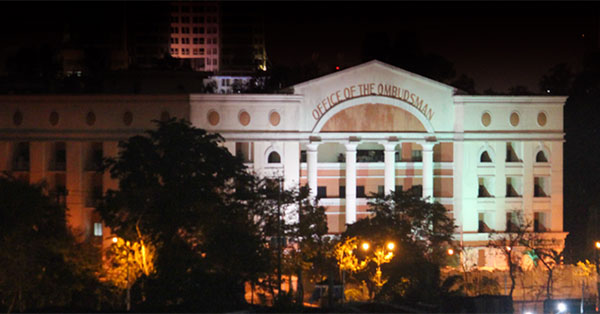 
Ombudsman prosecutors presented school records (i.e. tran of records, certified true copy of grades, master list of graduating students of the UP College of Mass Communication) showing that she did not complete the required number of units to finish the degree of AB Broadcast Communication in 1970.

The court explained that “the falsity of the statements made by the accused in her PDS, specifically her degree received is confirmed by the testimonies of competent UP school officials who attested to the fact that per school records, accused did not graduate and her units cross-enrolled in Miriam College (formerly Maryknoll) were not credited.”

The Decision ruled that Lopez “took advantage of her official position when she filled up her PDS since she had the duty to make or prepare the PDS, as it was for purpose of her promotion, hence, she had a legal obligation to disclose the truth of the facts stated in the documents.”

It will be recalled that in 2013, Lopez was held administratively liable for Dishonesty, Misconduct and Conduct Prejudicial to the Interest of the Service, and imposed upon her the penalty of dismissal from the service as well as the accessory penalties of cancellation of civil service eligibility, forfeiture of retirement benefits, and perpetual disqualification from holding public office.

Lopez began her career with the Department of Foreign Affairs (DFA) as a Foreign Service Staff Employee (FSEE) I at the Philippine Consulate in New York City. She then rose through the ranks and served as Foreign Service Officer (FSO) IV, FSO III, FSO II, FSO I, Counsellor and Chief of Mission (CM) II, CM I, DFA Assistant Secretary and Philippine Consul-General in Osaka, Japan.