By Admin
June 16, 2015newsvideo
News about Ayala Center Cebu quickly spread via social media on Monday, June 15, after the acoustic ceiling of the mall's Cinema 5 collapsed.


Reports said at least six people were injured when a large portion of the ceiling gave in due to heavy rainfall.

The victims were watching an exclusive movie screening hosted by Australia-based business process outsourcing company Dreamscape when the incident took place at around 8:50 in the evening.

Another report also said up to 350 people including foreigners were attending the launching of the BPO company's new advertising campaign when water, metal frames and debris fell on them. 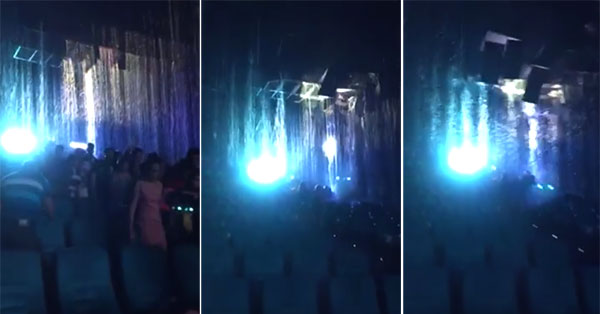 Jeanette Japzon, corporate communications manager of Cebu Holdings Inc. which owns Ayala Center Cebu, told the media that most of the injured suffered bruises and wounds in the hands or shoulder, but only one was taken to the hospital.

She added that the cause of the collapse of the ceiling is under investigation.

The Australian COO, who was reportedly dismayed over what happened, vowed to file charges against the management of Ayala Center Cebu.