By Major Tom
June 15, 2015basketballnewssports
They've moved a little closer to the coveted prize. Only four more quarters separate them from their goal of hoisting that Larry O’Brien trophy after 40 years since winning it back in 1975. The Golden State Warriors won Game Five to go up 3-2 in their best-of-seven-series against the Cleveland Cavaliers 104-91.


Outlasting another triple-double performance by the best player of this generation, the Warriors were obviously playing with more heart and desire as they stepped on the pedal in the fourth quarter to go on a huge run and never looked back after seizing the last lead change. Game Five featured 20 lead changes. Stephen Curry, the 2015 NBA MVP had his biggest impact on the penultimate period by scoring 17 of his 37 points of the night.

Lebron James had another herculean effort with 40 points, 14 rebounds and 11 assists but did not get enough points from his supporting cast. This is attributed to the fact that the Warriors played great defense in denying the Cavaliers any good looks at the basket in the fourth quarter. Despite getting lesser turnover overall in the game with 14 against the Warriors’ 17, the Cavs couldn’t capitalize and their shots didn’t sink in.

Game Five began with both teams not scoring in almost three minutes at the start of the game. First to break the ice and scored the first basket of the game are the Warriors by way of Klay Thompson’s field goal. It was a battle of spurts in the first half as both teams play to 12 lead changes. At the end of the buzzer, the Warriors are up by one point. The 17th lead change occurred and then the 12th tie at 63.

Andre Igoudala played another tremendous game by scoring 14 points, but the surprising factor for the Warriors is the contribution made by reserve player Leandro Barbosa, a player from Brazil, who scored 13 points. The other half of the Warriors’ Splash Brothers, Klay Thompson, scored 12 points while Draymund Green had 16 to help the Golden State Warriors get the win.

Will we see the Golden State Warriors bring home the NBA Championship trophy or will Lebron James and his squad go on and defend their home court and extend their season?

Game Six will be played in Quicken Loans Arena in Cleveland as the Cavaliers try to even up the series on Wednesday, 9 AM (Manila Time), and send it to a seventh and deciding game. 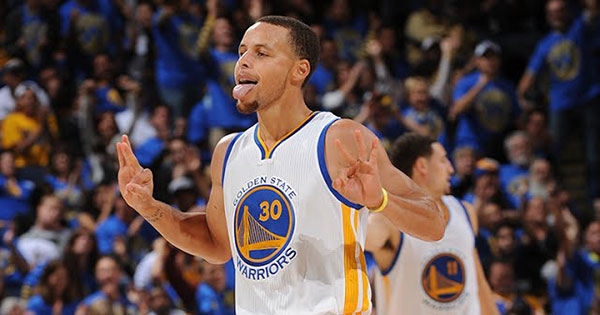