By Coolbuster
May 09, 2015newsvideoviral
A video that captured what a netizen called "garage racers" drifting in a public road thereby causing traffic in Angeles City has gone viral.

NOT ON PUBLIC ROADS, PLEASE."

"A friend of mine caught these garage racers doing donuts on a public road. They literally stopped the traffic while doing these crazy maneuvers on a busy Angeles City street. This is crazy! It's unsafe and could have caused an accident." 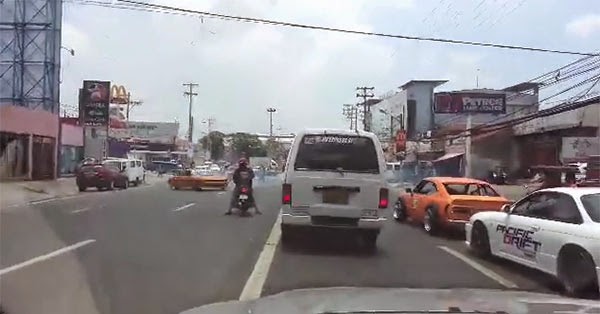 TGP has removed the video. It turned out that the "exhibition" was part of a motorcade.

We took down the video showing a car drifting on a public road in Angeles City. The organizers of Pacific Drift Championship apparently had a permit to do that.

Posted by TOP GEAR PHILIPPINES on Saturday, May 9, 2015