By Coolbuster
May 10, 2015newsvideoviral
An alleged mermaid, locally known as sirena, has been captured on video while swimming near a beach resort in General Santos City, Philippines. 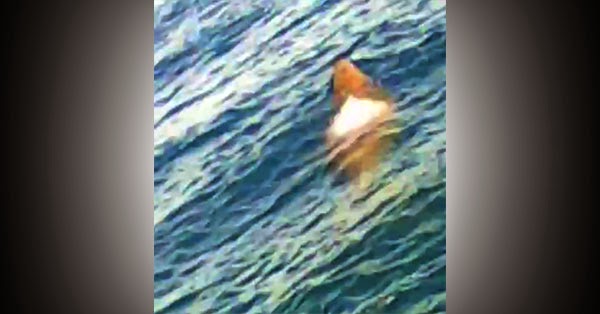 According to Wikipedia, "a mermaid is a legendary aquatic creature with the upper body of a female human and the tail of a fish." They "appear in the folklore of many cultures worldwide."


The 46-second clip, which was re-uploaded twice on Facebook by a certain Jovelyn Balinas, shows a mermaid-like figure with blonde hair propelling its body using its tail and hands in the waters of London Beach Resort in Barangay (Village) Bawing.

Voices of Ilonggo-speaking individuals can be heard in the video and based on their conversation, the alleged mermaid in Gensan comes ashore whenever mid-sea waves are rogue.

The sea creature apparently appeared in the video for less than a minute, but one person said it swims near the beach occasionally.

The video was first published by an anonymous YouTube user in late April. When Balinas first re-posted it on Facebook last Friday, it garnered over 3 million views in less than 24 hours and was shared on the FB page of GMA-7's magazine show "Kapuso Mo Jessica Soho" (KMJS).

However, she accidentally deleted it while disabling some social gaming apps. The re-uploaded copy got more than 11,000 shares and 510,000 views on the social networking site as of 3:25 p.m. today.

No one has confirmed whether or not the mermaid in Gensan is real.