VIRAL: Homeless boy, dog hug each other while sleeping

By Admin
May 28, 2015newsphotoviral
This photo of a street kid and his dog hugging each other while sleeping beside the wall of the GMA Network Complex melted the hearts of many.


GMA Network program analyst Gen Pilar, whose Facebook timeline was flooded with emotional comments from netizens and animal lovers after he posted the picture Monday, identified the boy as Rommel Quemenales.

In a follow-up post titled "The Humble Master and His Loyal Dog," he said the 11-year-old's parents separated when he was young. 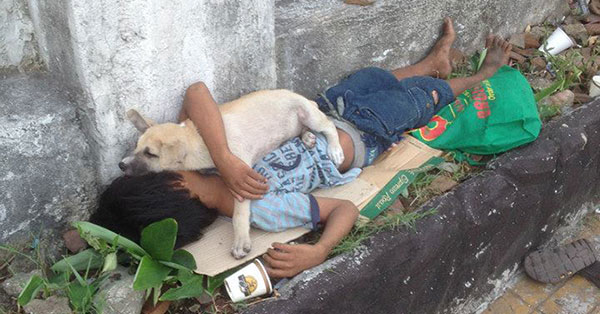 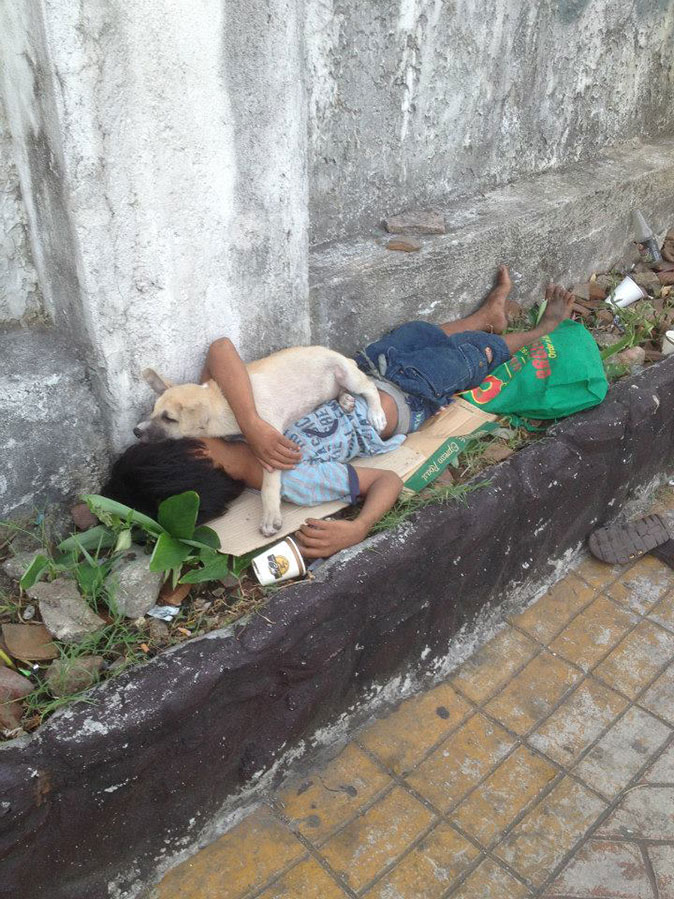 According to Pilar, Quemenales has an elder sister whom he visits in San Jose Del Monte, Bulacan, whenever he has money saved in his thriftbox.

He said the boy, who only finished Grade 2, told him that he begs for money so he can save, get back to school and eventually help his sibling.

Quemenales named his dog Badgi after he found him in the street last month. He adopted him so he would have a companion.

The humble master told Pilar he's been teaching his loyal dog some tricks.