By Coolbuster
May 07, 2015newsweather forecast
Typhoon Dodong is in the Philippine Area of Responsibility. Here is a Bagyong Dodong update from state weather bureau PAGASA as of May 7, 2015.


In its latest severe weather bulletin, the Philippine Atmospheric, Geophysical and Astronomical Services Administration said the tropical cyclone has slightly intensified as it moves closer to the country.

Packing maximum sustained winds of 140 kilometers per hour (kph) near the center and gusts of up to 170 kph, Typhoon Dodong was spotted 880 km East Northeast of Surigao City.

It was moving West Northwest at 17 kph. 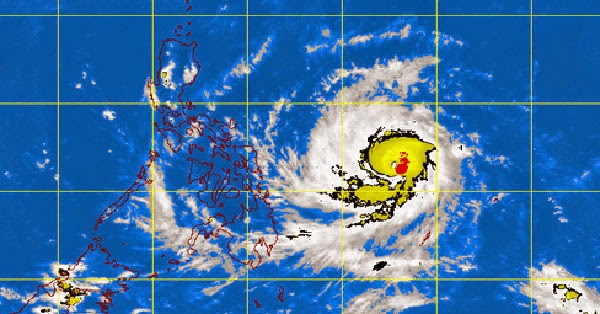 Weather forecasters said Bagyong Dodong is expected to affect the eastern Visayas and Bicol regions in the next 24 to 36 hours. Heavy to intense rainfall is expected within its 300-km diameter.

PAGASA forecaster Chris Perez told media that Bagyong Dodong will make landfall over the Isabela-Cagayan area by Sunday if the speed and direction are maintained. 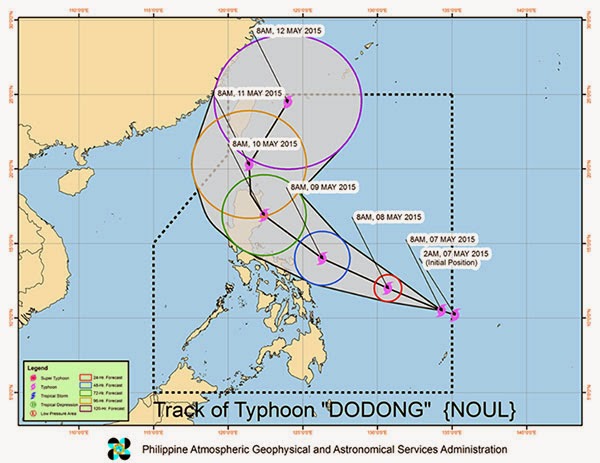 No public storm warning signal has been announced yet.