By Coolbuster
May 09, 2015news
Lloyd Abrigo, the ErgoCha Teahouse owner's son, was charged with murder in connection with the milk tea deaths of his father and a customer. 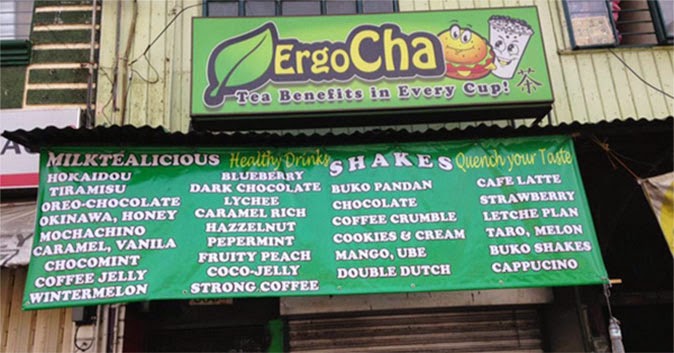 At 10:42 a.m. that day, the couple went to ErgoCha located along Bustillos Street in Sampaloc, Manila, to order a large cup of milk tea.

When they complained that the drink concocted and served by William had a bad taste, the latter also took a sip to prove that there was nothing wrong with their product.

A few minutes later, Suzaine vomitted and collapsed, Arnold got disoriented, and the teahouse owner slumped to the floor.

They were brought to the Ospital ng Sampaloc where Suzaine was declared dead on arrival and William passed away two hours later.


According to a Philippine Star report published on Yahoo! News Philippines, three sources said investigators filed the cases against Lloyd after police found poison in the remains of the victims during the conduct of a second autopsy.

One of the sources reportedly said the poison was a type of acid.

Earlier, the Department of Health (DOH) said samples of the milk tea tested negative for cyanide but another round of tests would determine if the drink was tainted with oxalic acid and three other suspected substances.

Lloyd had denied allegations that he brought a foul-smelling liquid into the shop's kitchen the night before the incident happened.

According to their helper, the pitcher used to mix the milk tea served to Suzaine and Arnold smelled of that liquid. The suspect, he said, would wear gloves when handling it.

Police said another witness surfaced and corroborated the helper's statement that he was told by Lloyd to go back to the teahouse and clean the pitcher that contained the milk tea after the victims were rushed to the hospital.