By Coolbuster
May 22, 2015Entertainmentmovievideo
Hollywood action star Dwayne Johnson has invited Filipinos to watch "San Andreas," a movie about an earthquake, in a video released Friday.


In it, the professional wrestler-turned movie actor begins with the traditional Filipino greeting "Mabuhay!" and closes his invitation with the colloquial expression "Kitakits" (see you).

According to a report on InterAksyon.com, the action-adventure disaster film's title refers to San Andreas Fault, a continental transform fault that extends roughly 810 miles through California.

It is 13 times the length of the 100-kilometer West Valley Fault, which became a news headline recently after the Phivolcs warned it may cause earthquakes of up to magnitude-7. Talk about coincidence.

In the movie, Johnson plays a rescue helicopter pilot who attempts to leave Los Angeles with his ex-wife and head to San Francisco to find and rescue their estranged daughter after a magnitude-9 earthquake hits the state.

It will be shown in cinemas across the Philippines in 3D, 2D, and 4DX formats beginning May 28. 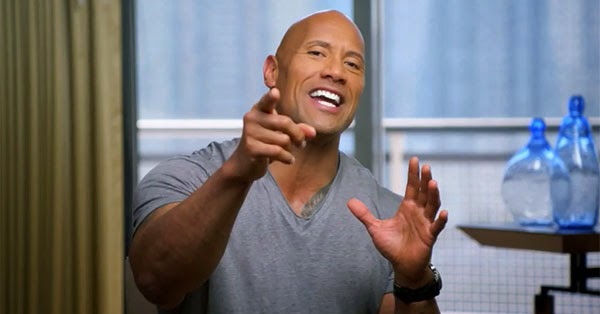