By Coolbuster
May 30, 2015newsvideoviral
This viral video captured a road rage between a truck driver, his assistant, and a cop involved in a heated exchange of foul words and threats.

WARNING FOR ABUSIVE LANGUAGE: The following video should be neither seen nor heard by minors.

No information as to the identities of the individuals involved in the argument were provided, but the cellphone camera of the assistant captured what appears to be a special license plate number of the police officer's car, which shows that he is from "QCPD" or Quezon City Police District.

According to one of the voices in the video, the cop suddenly stopped infront of their truck. He then instructed the traffic enforcers to confiscate the license of the truck driver, but the latter questioned his authority to give such order.

The root cause of the altercation remains unknown.

Who do you think was at fault? 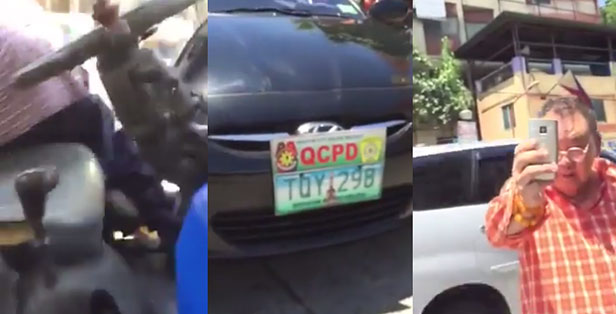