NAIA Terminal 1 looks good, but when it rains you'll be surprised
🔍

NAIA Terminal 1 looks good, but when it rains you'll be surprised

By Coolbuster
May 31, 2015newsphotoviral
The newly-renovated Ninoy Aquino International Airport (NAIA) Terminal 1 looks good, but when it rains you will be surprised of what you'll see.


This is how the NAIA T1 Departure Concourse looks during sunny days: 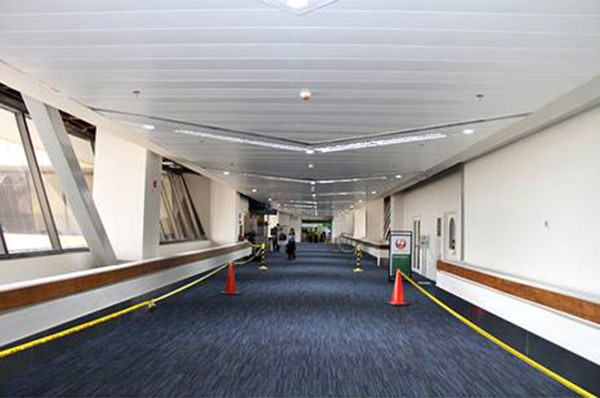 But when there's downpour, the staff and passengers use umbrellas... in this side of the airport! 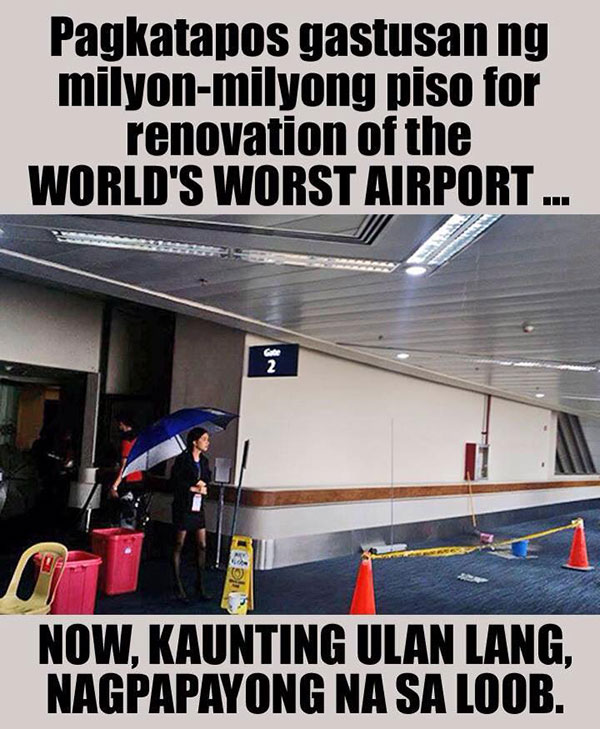 The second photo, which was posted by netizen Chelsea Lacsamana on the "Gising Na Pinoy" Facebook page, is starting to draw attention. Later on, it is expected to be flooded with comments criticizing the Philippine government.

NAIA has been undergoing a P1.3 Billion renovation and system upgrade since January 30 after a US-based website labeled it the "world's worst airport" last year.

Malacañang released before and after photos of the makeover including new check-in counters, better lighting, conveyor belts, air-conditioning system, and lavatories.

The ceiling boards were also replaced, as can be seen in Lacsamana's photo, but there was no mention of the roofing.