Mayweather plans to put up boxing gym, feed the poor in PH

By Admin
May 04, 2015boxingnewssports
After defeating Manny Pacquiao, American champ Floyd Mayweather Jr. plans to go to the Philippines to put up a boxing gym and feed the poor.


In an exclusive interview with News5's Trish Roque after a post-fight press conference, the undefeated boxer said he is in talks with the Sarangani representative about a possible outreach mission in the country.

The report said Mayweather mulls of helping the less fortunate and set up a local branch of the Mayweather Boxing Club to inspire young boxers in pursuing their dreams. 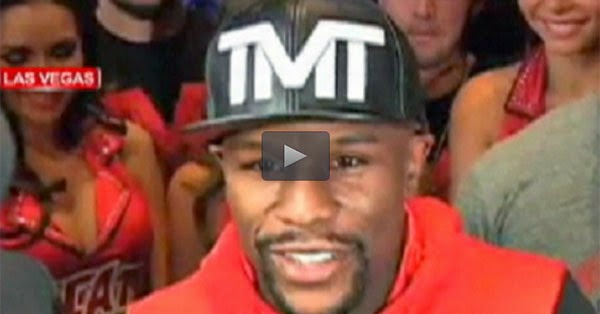 Mayweather bagged at least $120 million from his match with Pacquiao who, in previous interviews, said he wants to share his faith in God with him.

Is this the chance the Filipino boxing icon has been waiting for so he can bring Mayweather closer to the Lord or is it a mere ploy to appease a sad nation?