By Coolbuster
May 07, 2015newsvideo
A man was rescued while hanging on high-voltage power lines Wednesday in Davao City. If you want to see a real-life Electro, watch this video.


The unidentified man is said to be mentally ill.

Witnesses said he was wandering around the city in the past several days—walking in the middle of busy streets most of the time—before the incident took place along Quimpo Boulevard at Ecoland.

Although the rescue team arrived immediately, it reportedly took about one hour for them to convince the man to take the bucket truck ride so he can be lifted away from the dangerous electrical wires.

According to netizen Daisuke Kish, who posted the video on Facebook, the man was fetched by a police mobile patrol moments after he came down. 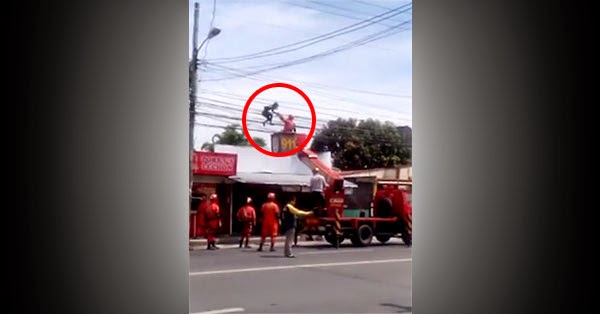