By Coolbuster
May 08, 2015newsvideoviral
A doctor bid her iPhone 6 goodbye after she lost it to snatchers inside a mall in Quezon City recently. The modus operandi was caught on video.


Dr. Audrey Llanes, a dermatologist and medical doctor in Mandaluyong City, was shopping for clothes at Terranova in SM City North EDSA last Wednesday, May 6, when the thieves struck.

It can be seen in the video that a woman was following Llanes while an old man pretended to check a t-shirt to block her way. When the victim stopped, the thief covered her left hand with clothes then quickly took the iPhone 6 from the bag. 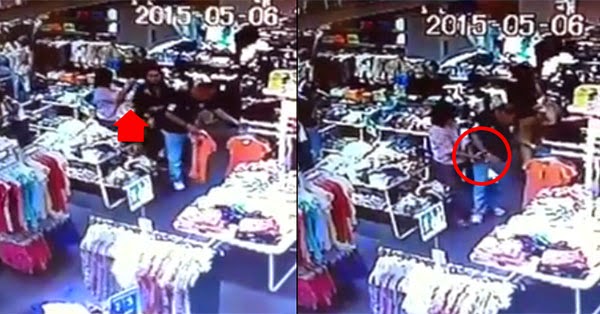 Llanes said store management did not do anything. In fact, she said it took a while before she was able to review the CCTV footage because the girl on duty lacked a sense of urgency.

When a friend told her to watch a video of a similar incident that also happened inside a mall last April, the victim confirmed that two of the perpetrators were the same persons who victimized her.

Llanes urged netizens to share the video to warn others of the modus operandi.