By Admin
May 05, 2015boxingnewssportsvideo
This viral video shows the alleged Floyd Mayweather dirty moves during his fight with Manny Pacquiao at MGM Grand in Vegas last Saturday, May 2. 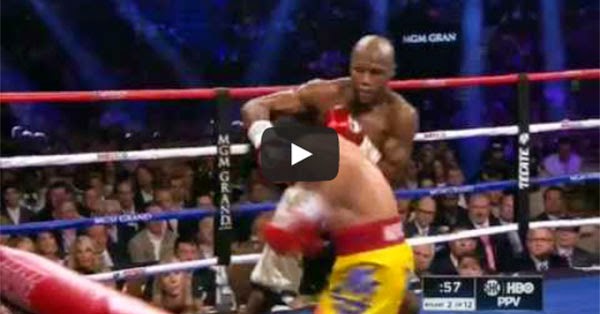 The undefeated American won the welterweight unification championship match against the Filipino boxing icon via unanimous decision. However, boxing fans from around the world said they were not satisfied with the result.

Some accused Mayweather of using a "run and hug" technique while others said he did some dirty tactics during the bout, which Pacquiao himself confirmed in a live interview on TV.

The fighting congressman said he was thankful there were gloves, otherwise his face will be full of scratches.


The highlight video of the so-called Mayweather dirty moves already garnered over a hundred and forty five thousand hits on YouTube as of this posting as boxing enthusiasts expressed disappointment over what they called "an epic scam."

Meanwhile, Pacquiao revealed that the Nevada State Athletic Commission denied him an anti-inflammatory injection, which was intended to numb the pain in his injured right shoulder, in spite of it being legal there.

The Commission also barred his vitamins and even water into the dressing room, he reportedly said.

In social media, dismayed netizens posted that Mayweather's dirty moves and running-hugging style in the ring killed boxing, with many saying they would shift to watching MMA fights from now on.