By Coolbuster
May 08, 2015newstrending topicvideoviral
A high-ranking official of the Securities and Exchange Commission has categorically stated that the Emgoldex investment scheme is a scam.


"Definitely it is a scam because for so much investment or a little investment you are promised a very big return," Jose Aquino, director of the SEC Enforcement Investor Protection, said in an interview aired Thursday on ABS-CBN's late night newscast Bandila.

In mid-February, the corporate regulator issued an advisory for netizens to exercise self-restraint from investing on Emgoldex.

In a Facebook post, Emgoldex maintained that they are "an online store of goldbars" and insisted that the public should not ask for legal papers from SEC or DTI (Department of Trade and Industry) because its office is not in the Philippines but in Germany.

Despite such claim, the SEC said Emgoldex is still not allowed to conduct investment solicitation activities in the Philippines without first securing the required registration and license from the Commission.

"There is no distinction whether the investment offering is made through the internet or in a commercial or public place as long as the investment solicitation is indiscriminately offered to the public in general within this jurisdiction," the corporate regulator explained in a statement released in March.

Emgoldex has reportedly been enticing netizens particularly overseas Filipino workers (OFWs) to invest their money in its "Pinoy Style Patak Patak," claiming that an investment of P36,500 will yield a payout of up to P360,000.

According to the SEC, the number of people complaining about Emgoldex is increasing. They reportedly received complaints from OFWs in many countries including Canada and Taiwan. The Commission appealed to victims to formally file a complaint against Emgoldex.

The SEC is coordinating with the National Bureau of Investigation (NBI) as the case qualifies as cyber crime for the reason that many were recruited through Facebook. They will also discuss the matter with the Department of Foreign Affairs (DFA) to prevent OFWs from being scammed. 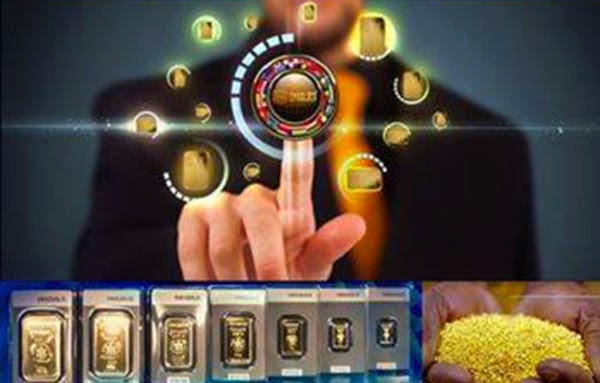 The ABS-CBN report titled "How Emgoldex recruiters scam victims" has been slammed by the company's defenders, who are believed to be recruiters and recruits, calling it incomplete and bias. Read the comments here.

Following the exposé, photo screenshots showing a car allegedly used by Emgoldex recruiters for picture taking purposes and to entice more investors made rounds on Facebook.