By Coolbuster
April 29, 2015newsvideo
This video of a news report reveals why credit card owners should not post personal information on Facebook or anywhere in the internet.


ABS-CBN News reports that a group of five has been arrested by authorities for credit card fraud or illegal use of credit cards. Almost 100 credit cards have been recovered at the hideout of the suspects in Quezon City.

The National Bureau of Investigation (NBI) was puzzled how the group obtained the credit cards as no computers or copying gadgets were found inside their house. While searching for more evidence, the NBI discovered lists containing the names and personal details of credit card owners.

To activate the credit cards, the suspects reportedly obtain the victims' personal information online or through Facebook. They also pose as bank representative when calling the victims.

Meanwhile, PhilPost Intelligence Division chief Gumersindo Umayam Jr. told the news outlet that a similar incident occured in 2012 and several post office employees who were involved were fired from their jobs. If proven guilty, he said they will file administrative cases against workers who connived with credit card fraudsters.

To avoid getting victimized of card replacement scams, the Bangko Sentral ng Pilipinas advised credit card owners not to give personal information by phone or email, or put personal details on social networking sites as these would allow scammers to know their target's birthday, which enables them to disguise as the legitimate owner of the credit card. 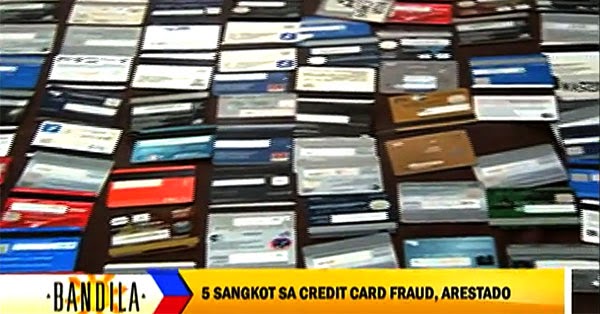