A closed-circuit television (CCTV) footage that captured the incident shows the SUV driver pushing the window of his car towards Retirado and hit the traffic enforcer with a gun.

The suspect then pointed a finger to and approached Mercado, attempted to hit him with the gun, and kicked the traffic enforcer as the latter was walking away. A male companion of the driver, also armed with a pistol, alighted from the vehicle. The two sped off after the incident. 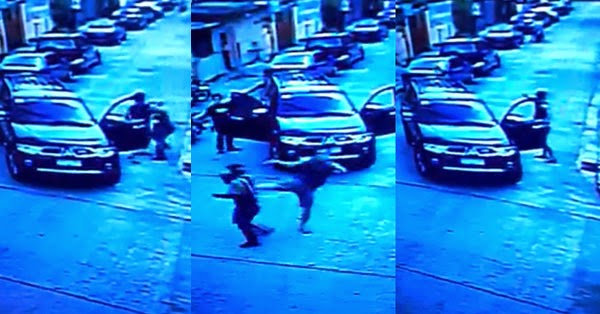 There have been unverified reports that the suspects are soldiers. Investigators are coordinating with the Land Transportation Office (LTO) to identify the SUV driver, The Star reported.