By Coolbuster
April 07, 2015boxingnewssports
Top Rank Boxing on Monday released the official promotional video of the fight of the century between Floyd Mayweather Jr. and Manny Pacquiao. 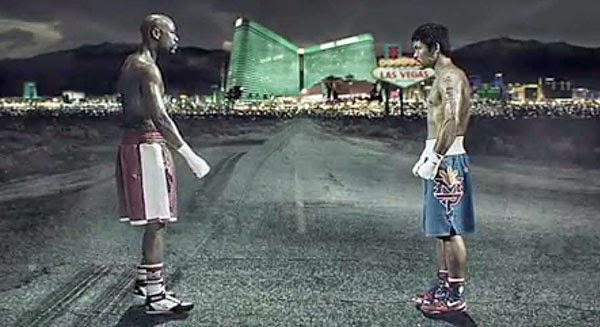 The Mayweather (47-0) vs Pacquiao (57-5-2) megafight, considered to be one of the most lucrative ever in boxing history, will take place at the MGM Grand Garden Arena in Las Vegas, Nevada, USA on May 2.


Netizens said the undefeated American champion looks scared in the video while the Filipino boxing icon has the eye of the tiger.

Both welterweight fighters promised to make fans happy and give them what they deserve.

Whatever they say, however, we predict that this match will end in a draw... so that there will be a rematch in November.

Do you see the verdict like the way we do?