In his recent post on his Facebook page, the Filipino-American rapper shared photos of him with the "Pambansang Kamao" at the Pan Pacific Park. 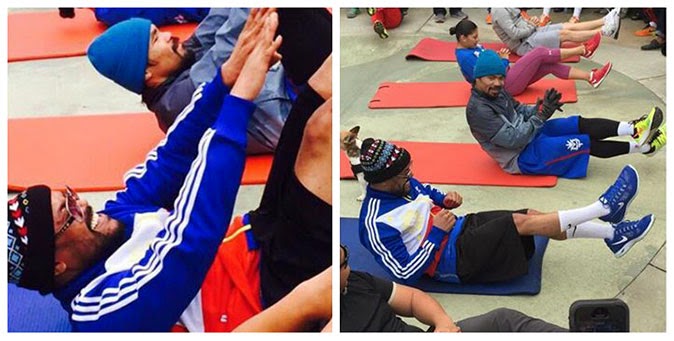 Had a great #workout this morning with Manny Pacquiao at Pan Pacific Park. #ProudPinoy #Pacman
Posted by Apl.de.Ap on Tuesday, April 21, 2015

The Pampanga-born rapper also showed the skills that made him famous by rapping to the tune of "The Apl Song", BEP's worldwide hit, albeit with slightly altered lyrics.


Born Allan Pineda Lindo, the famous rapper predicted that Manny's bout against the undefeated American champion Floyd Mayweather Jr. will be over in 10 rounds. He added excitedly that he'll be in Las Vegas come fight night with or without ticket.

Both Manny Pacquiao and Apl.de.ap have parallels in their life as both come from humble beginnings to rise and conquer all odds to be the stars they are now, Inquirer.net reports.

Lindo is born in Angeles, Pampanga while Manny Pacquiao hails from the southern Philippines city of General Santos. The two also remain humble despite the success they now enjoy in their respective careers.