By Coolbuster
April 04, 2015newsweather forecast
Typhoon Chedeng has been been downgraded into a tropical storm, according to the latest bulletin issued Saturday by the state weather bureau.


PAGASA reported that as of 4 p.m. on April 4, the center of the storm was spotted 340 kilometers Southeast of Casiguran, Aurora, packing maximum sustained winds of 115 kms per hour near the center and gusts of up to 145 kph.

Tropical Storm Chedeng is forecast to move West Northwest at 20 kph. It is expected to be in the vicinity of Malibcong, Abra on Sunday afternoon and 445 km Northwest of Laoag City or outside the Philippine Area of Responsibility (PAR) by Monday afternoon. 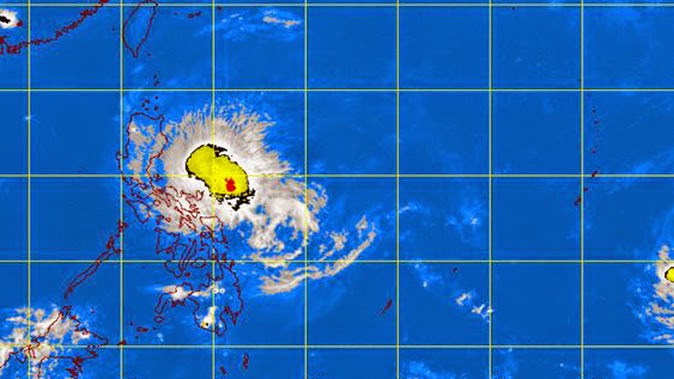 The areas with public storm warning signals, according to PAGASA, are the following:

Fisherfolks are advised not to venture out over the northern seaboard of Luzon and eastern seaboard of Bicol Region. Sea surface waves of up to 6-8 meters near the center of Tropical Storm Chedeng, PAGASA added.