According to the weather bulletin issued at 11 a.m. Friday, April 3, the center of the typhoon was spotted 700 kilometers East Northeast of Virac, Catanduanes or at 950 km East Southeast of Casiguran, Aurora, with maximum sustained winds of 150 kms per hour near the center and gustiness of up to 185 kph. 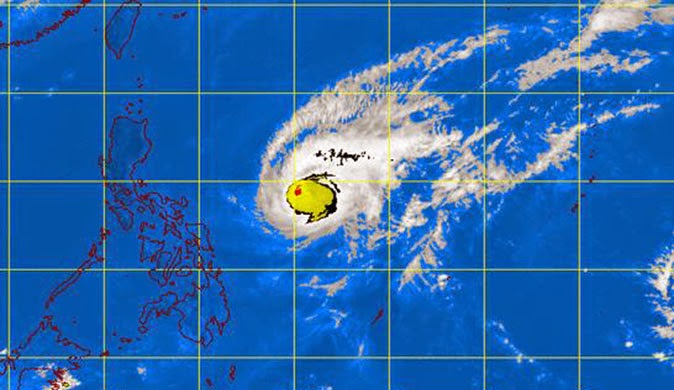 Typhoon Chedeng is forecast to move West Northwest at 17 kph. The forecast positions are as follows: 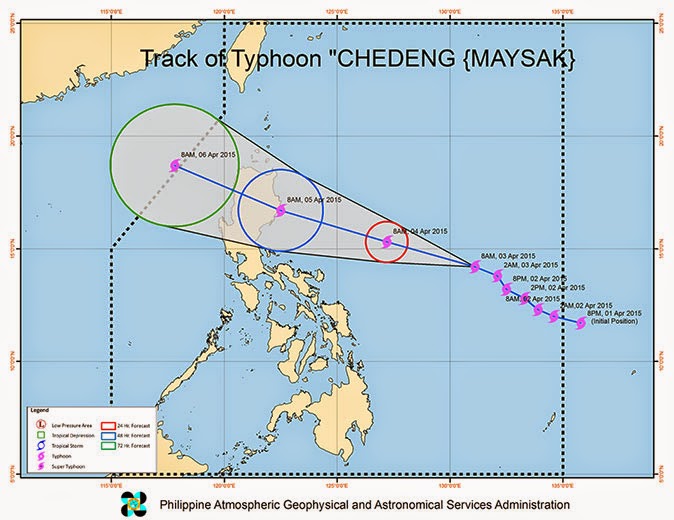 Public storm warning signal number 1 (winds of 30-60 kph is expected in at least 36 hrs) is up over Catanduanes and Camarines Sur. PAGASA said these areas will have occasional rains with occasional gusty winds.

Residents in low lying and mountainous areas of the provinces with storm signal are alerted against possible flashfloods and landslides. Storm surges and sea surface waves of up to 2 meters are possible over the eastern coast of Aurora, Quezon and Isabela. Fisher folk are advised not to venture out over the eastern seaboard of Aurora, Quezon, Bicol Region and Visayas. PAGASA also advised people to refrain from outdoor activities particularly along the beaches of the eastern section of Luzon starting Saturday.