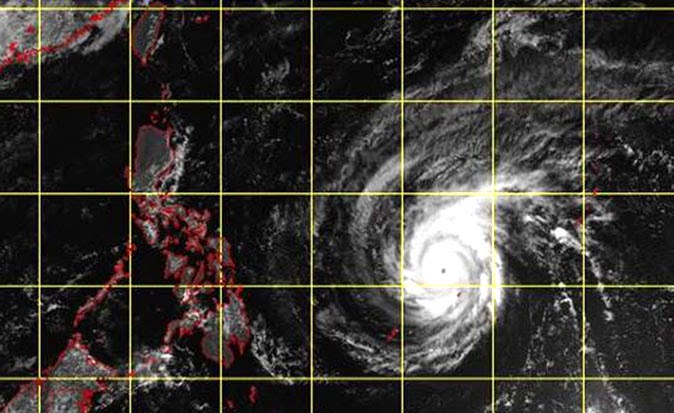 In its bulletin issued at 11 a.m., the Philippine Atmospheric, Geophysical and Astronomical Services Administration said the typhoon was spotted 1,280 kilometers East of Guiuan, Eastern Samar, packing maximum sustained winds of 215 kms. per hour near the center and gusts of up to 250 kph.

Typhoon Chedeng, which is forecast to move West Northwest at 17 kph, is expected to enter the Philippine Area of Responsibility (PAR) between Wednesday night and Thursday morning.


Based on the weather agency's new cyclone classification system, Chedeng is not yet a Super Typhoon, contrary to earlier reports.

It is also wrong to say right now that Chedeng is as strong as Super Typhoon Yolanda (Haiyan), the Category 5 hurricane equivalent that killed over 6,300 people in November 2013, as the latter had maximum sustained winds of 230 kph and 315 kph at its peak.

However, it should be noted that it may intensify into a Super Typhoon because of its rapid strengthening while at sea.

Typhoon Chedeng, which is the third tropical cyclone to enter the country this year, may make landfall on Black Saturday or Easter Sunday, latest weather reports said.