By Coolbuster
April 03, 2015newsvideoviral
A group of thieves stole the wallet of an SM Megamall shopper and used the victim's ATM card to withdraw cash and purchase items worth P75,000.


Japhet Derrick Ibarra a.k.a. Jappy narrated his traumatic experience on Facebook and posted a CCTV footage of the suspects withdrawing money from a BPI ATM. 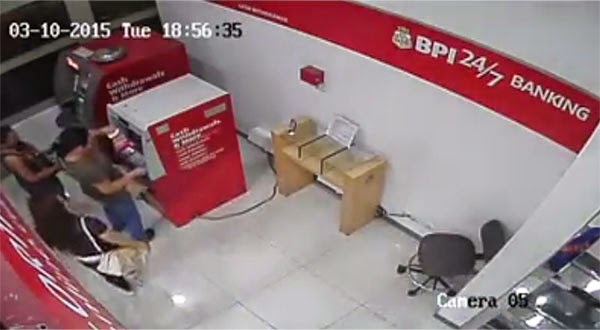 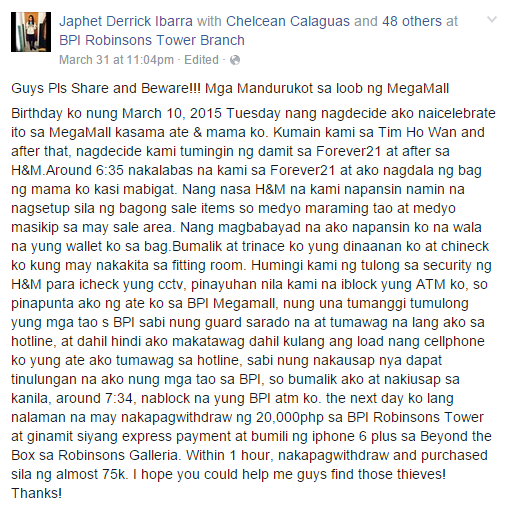 It can be seen in the video that the suspects covered the built-in camera of the ATM. Watch:


So how did the suspects withdraw and make purchases using the victim's ATM card so easily?

Jappy's mother, Loida, revealed in a comment that her son's personal identification number or PIN (his birthdate) is indicated on his IDs and Driver's License.

The victim said a police investigation is underway and a separate probe is being conducted by the bank.

On Wednesday, April 1, he posted several photos of the suspects which were captured from the CCTV footage to warn others. 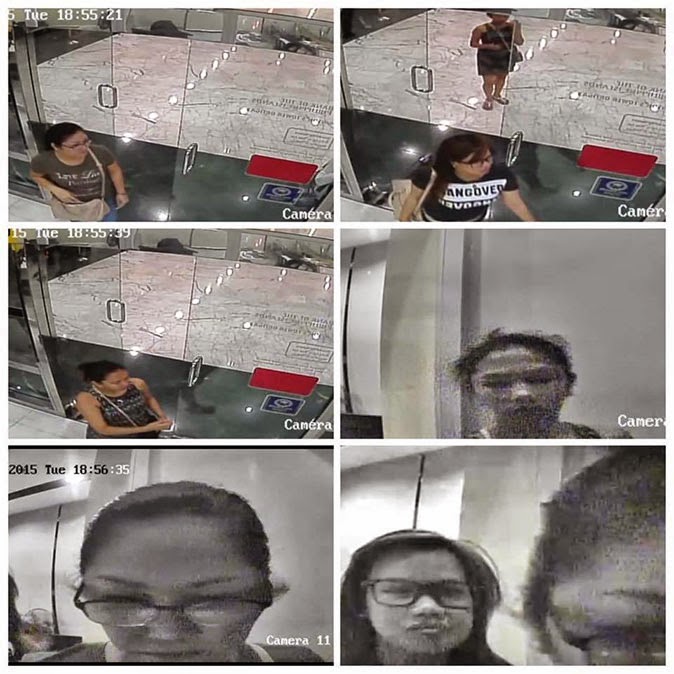