By Major Tom
April 17, 2015Entertainmentmovietrailervideo
Star Wars fans are in for a real treat once more as the franchise has released the second trailer for the much-anticipated sequel to the Original Trilogy, Star Wars: The Force Awakens.


Released just nine hours ago via Youtube, the trailer has now garnered close to 12 million views with reports saying that one of the first who viewed/liked it is Facebook CEO Mark Zuckerberg.

The latest trailer will treat fans to a very familiar face, actually two faces of the beloved movie franchise.

Check the trailer below and see who comes out in the end. 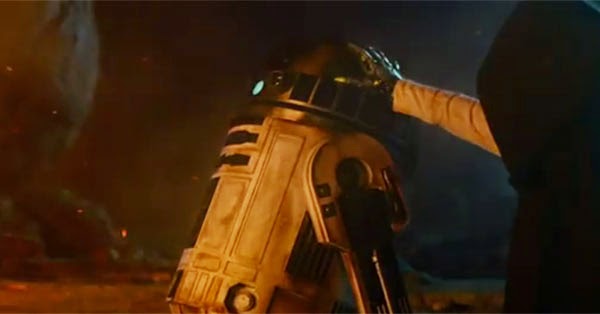 This brand new film will be the start of another trilogy which will show us what happened to Darth Vader and the rest of the cast, who are returning to reprise their roles. This will also set the stage for the next generation of lightsaber wielding Jedis and Siths.

It can be recalled that the production history of the franchise began with the Original Trilogy then the Prequel Trilogy and now this new Sequel Trilogy.

For the uninitiated, the first film released in 1977 is now called Star Wars Episode IV: A New Hope. The order of movies are as follows:
Mark Hammil, Harrison Ford, Carrie Fisher, Anthony Daniels plus other new characters are in this film directed by JJ. Abrams.

This epic space adventure created by George Lucas is now owned by Disney.