By Major Tom
April 28, 2015basketballsports
In basketball especially the NBA (or in any sport for that matter), when it gets to the playoffs the games get more physical, more intense and the defense gets more suffocating. It sometimes gets a little out of hand. The physicality sometimes goes overboard and gets a player injured.


Unfortunately for Cleveland Cavaliers fans, Kevin Love is going to be out of the second round of the 2015 NBA playoffs where his team, the Cleveland Cavaliers, will be facing the winner of the Chicago Bulls- Milwaukee Bucks series.

Love suffered a dislocated shoulder as he is tangled up with Kelly Olynyk of the Boston Celtics battling for the rebound. See the arm pop out of the shoulder socket in this unfortunate play: 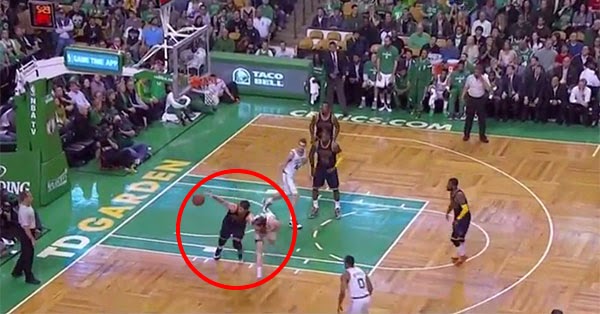 The league had Olynyk suspended for one game for the hard foul that dislocated Kevin Love's shoulder and will serve his suspension in the next season as the Boston Celtics are now out of contention.

The Celtics were swept 4-0 in round 1 in the Eastern Conference in a game that also had J.R. Smith of the Cavs suspended for the next two games for slapping Jae Crowder.

Fans will get to see Kevin Love in action on the floor again in the Conference Finals, that is if Lebron James and Kyrie Irving and the rest of the Cavs manage to get past their opponent in the semifinals.

In a post game interview, Kevin Love says that foul was intentionally done by Kelly Olynyk when he had no way of getting the ball.

Do you think it was intentional or not?