Mom takes baby stroller on escalator, what happens next is heartbreaking
🔍

Mom takes baby stroller on escalator, what happens next is heartbreaking

By Coolbuster
April 01, 2015newsvideoviral
This happened at SM Aura in Taguig on March 29: A mother took the stroller on an escalator with her baby on it... and then an accident occured.


Something went wrong with the stroller that caused the child to fall and gets stuck in the escalator.

Netizen Blaise Roxas captured the scene in his smartphone and shared the video on Facebook with a reminder to parents not to use strollers in an escalator. 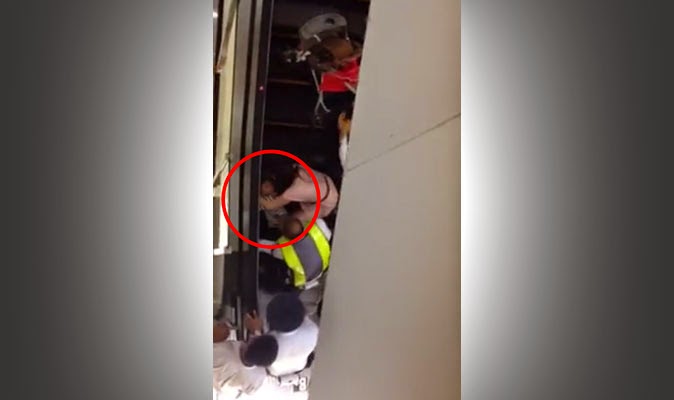 REMINDER: Do not use Strollers in an escalator. Just a reminder for all the parents. God Bless! And let's pray for the baby in this video. Share it to all the parents! @SM Aura, Taguig City. March 29, 2015

The identities of the woman and her baby were not disclosed and management of SM Aura Premier has not released a statement about the accident.

Some social media users said the mother was at fault for what happened, saying she should have taken the elevator. Others, however, blamed the accident on the location of the SM Aura elevator.

A certain Ems Lafuente pointed out that "for a very big mall like Aura it will take you several minutes to get to the elevator and when u finally locate it, the queue is soooo long you will take your chances by taking the escalator instead."

The status of the baby who got stuck in the escalator remains unknown.